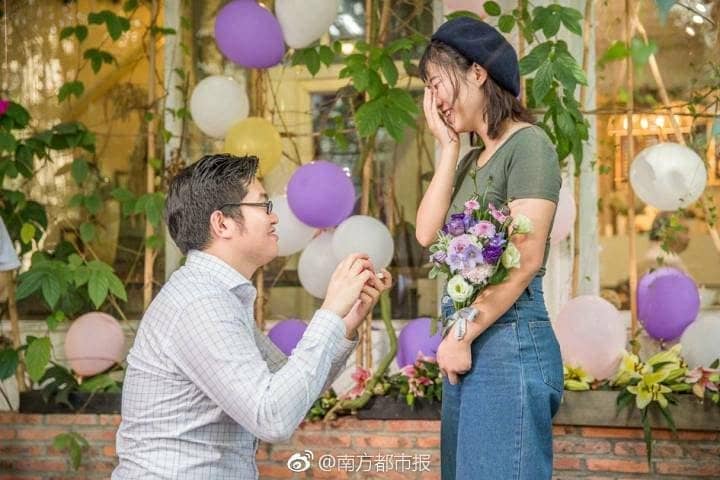 Love may be blind but it surely isn’t easy to get. Sometimes all you need is three magical words, other times you buy iPhone Xs to convince the love of your life to marry you.

This young video-game designer, Chen Ming, from Shenzen, China has took every Apple freak by storm after buying 25 brand new iPhone X units and then arranging them in the shape of a heart to propose the love of his life.

Chen Ming had to place a pre-order of the phones and when his order arrived after the official launch of the new series in China on November 3rd, the man took the opportunity to propose his girlfriend.

Not expecting the lavish proposal on her arrival, Cheng’s girlfriend Lee couldn’t hold her tears on this romantic gesture by her boyfriend and immediately accepted the marriage proposal by Cheng who was all on his knees for her while holding the ring.

For those of us ready for a backlash on this extravagant display of affection, the couple is a big fan of mobile video games. They even met through a game developed by Cheng and since then, gaming is a very big part of their relationship. Also, the number 25 signifies Lee’s age. (Had she been a little older, poor Cheng might had to sell a lot more than his kidneys to get her to marry him.)

Obviously two people can not use 25 phones so the couple gifted them to their friends who, by the way, also helped Cheng proposing his girlfriend. Photos of this one-of-its-kind proposal have been viral on social media since the news broke out.

Can you spend this much amount of money on someone? Let us know in the comments.