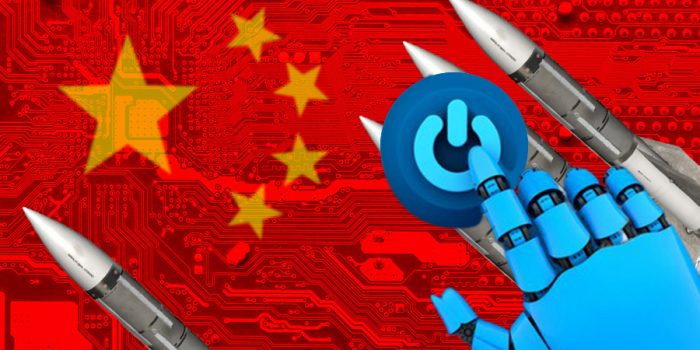 The People’s Liberation Army should make greater use of artificial intelligence to reinforce its deterrence policy against the United States over Taiwan.

According to Ni Yongjie, deputy director of the Shanghai Institute of Taiwan Studies, the PLA should undertake island-wide blockade exercises and employ AI technology to prevent US interference and Taiwanese independence forces.

Future PLA exercises, according to Ni, could go beyond traditional amphibious invasions and employ intelligent warfare tactics such as blockades and network disconnection.

According to Ni, both war exercises and virtual confrontations using unmanned systems might be employed to achieve the goal of zero losses and “lightning-fast” island seizure.

According to Ni, the objective of zero casualties and a “lightning-fast” conquest of an island might be accomplished using both war games and virtual conflict with unmanned technologies.

He predicted that future simulation exercises could take place on the Taiwanese-controlled islands of Taiping, Dongsha, and Penghu. Ni pointed out that the activities might serve as a strong deterrent against “Taiwan independence” separatists and foreign intervention, in addition to conventional and nuclear deterrence.

He also advocated using economic, legal, psychological, and cyber tools to subdue pro-Taiwan independence forces, citing restrictions on cross-strait trade, bans on agricultural imports from those forces’ homelands, and the suspension of the free-trade agreement between the two sides of the strait as examples.

If Beijing would likely succeed in capturing Taiwan, the Center for Strategic and International Studies, an American think tank, warned in a recent report that such a conflict would destroy both sides of the strait and the US and Japan.

Beijing does not rule out using force to take control of Taiwan since it considers Taiwan part of its territory. Moreover, most countries, including the US, do not recognize Taiwan as an independent state.