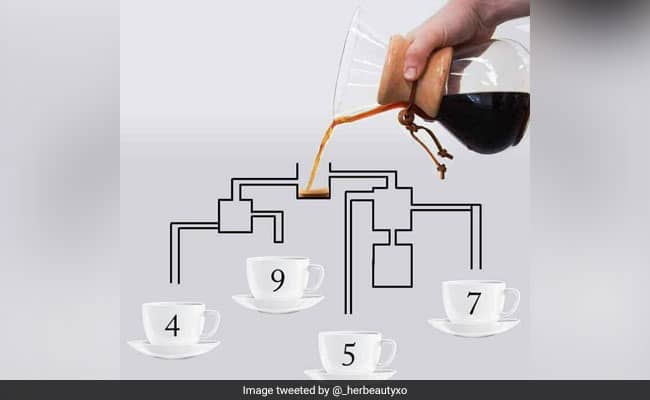 You might wanna grab some coffee before getting your head into solving this baffling puzzle. The baffling puzzle that took the internet by storm was originally posted by Twitter user @Purp, Thursday afternoon. The puzzle got viral immediately with 2000 retweets and almost 2000 comments.

@Purp shared a picture of someone pouring down coffee which, after passing through several funnels and pipes, was supposed to fill four different cups.

Many tried to guess the correct answer.

Wouldn't they all get it at the same time

With many users coming up with principles of fluid dynamics to solve the puzzle, @Purp kept asking them to ‘pay closer attention’.

And by the way, the correct answer is cup number 5, because if you look enough, you’ll see that the pipes leading to the cups 4, 9 and 7 are completely sealed.