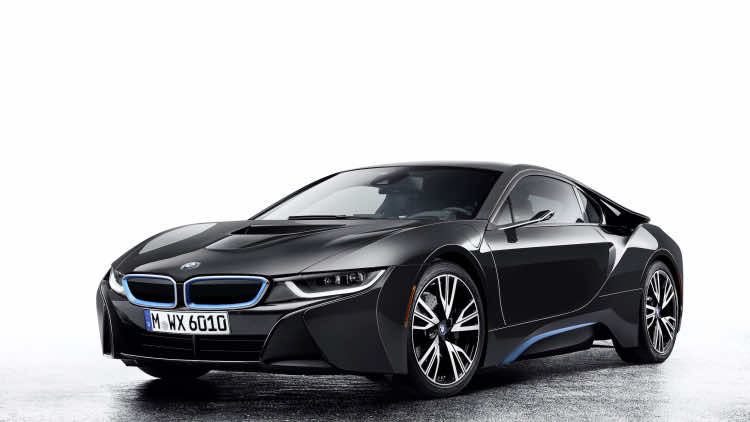 At the Consumers Electronic Show ’16, BMW unveiled its mirrorless car BMW i8, thus joining the mirrorless cars’ club after the Cadillac CT6, Audi’s Le Mans racers. Finally, a futuristic change has arrived as the rear-view mirrors have been replaced by cameras.

In BMW i8 design, the mirrors (rear-view and side-view) are replaced by three cameras. This feature has ended the need of sideways glances for the driver. A camera in place of a rear-view mirror depicts a composite wide-angle image. Possible dangers like some vehicle in the blind spot are immediately identified and shown with yellow warning icons.

“Dangerous blind spots have been consigned to the past,” BMW says about their mirrorless car. “The image of the traffic behind the car covers a greater viewing angle than could be observed using the interior and exterior mirrors. No adjustment of the cameras is necessary.” Removing the side-mirrors provide more than just additional safety, says BMW. The new design also reduces wind noise owing to the narrow profile and because they are “optimized aerodynamically and aeroacoustically.”

Other mirrorless cars have added cameras flush with the body, but i8 BMW uses two side-cams that look like wings. They also serve as indicators for the car and are considerably slimmer than the existing designs. The third camera replaces the rear-view mirror. The camera software stitches all the video streams together to give an integrated wide view of the road behind. A high-resolution video is streamed to the rear-view screen.

However, there is a small glitch. The National Highway Traffic Safety Administration rules require care with mirrors so the car would currently be illegal to drive in the US. We still don’t know when its mass production will begin. Watch the video below for BMW i8’s review.