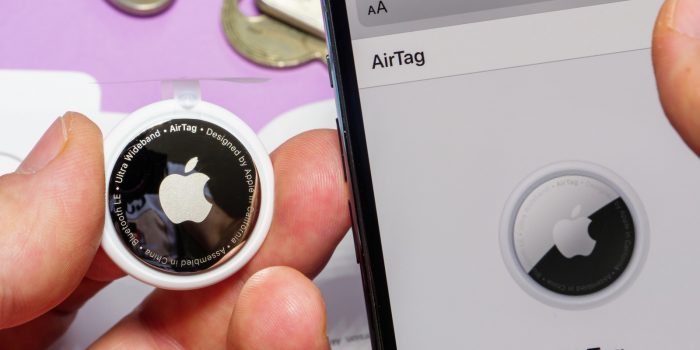 Recently, two women have sued Apple, alleging that their exes exploited the company’s AirTag devices to follow their whereabouts, potentially endangering their safety.

On Monday, a lady from Texas and another from New York filed a class action complaint in federal court in San Francisco. They are requesting undisclosed monetary compensation.

One of the women claimed her ex-boyfriend reportedly placed an AirTag inside the wheel well of her car’s tire. To hide it, the gadget was colored using a Sharpie marker and tied in a plastic bag.

The other lady, identified as Jane Doe, said that her ex-husband had been bothering her about her activities and placed an AirTag in her child’s backpack. Despite her efforts to disable it, another one soon appeared in its place, according to the lawsuit.

Apple released the AirTag in 2021, a $29 Tile-like Bluetooth locator that connects to and helps customers identify goods such as keys, wallets, laptops, or even a car by leaving a digital trace that can be found on a map. However, soon after its release, a few experts warned that the devices might be used to follow people without their knowledge.

Apple introduced further security to the AirTag earlier this year to reduce unwanted tracking. In addition, apple stated that it has collaborated with safety organizations and law enforcement agencies to develop other methods to enhance its AirTag safety warnings, such as alerting users sooner if the small Bluetooth tracker is suspected of spying.

However, according to the recent lawsuit, those protections have done little to protect victims.

“While Apple has built safeguards into the AirTag product, they are woefully inadequate and do little, if anything, to promptly warn individuals if they are being tracked,” the lawsuit said.