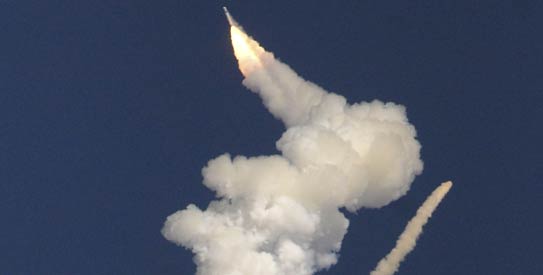 With more developments being done in the space industry, multiple countries are stepping up and investing in making space accessible for them as well. Earlier, there were only countries like the US, China, and Russia that were dominating this arena. They are still the leaders, but other countries are coming forward as well. India is one of such countries and the progress it has made with its space rockets is commendable.

Indian Space Research Organization (ISRO) has been working relentlessly on sending their rockets to space and they have been successful to do so in the past years. However, their recent attempt turned out to be a failure and it has made the news extensively.

Since 2017, the Indian Space Research Organization has launched 14 rocket missions in space and all of them turned out to be immensely successful without hiccups. This new project of The Geosynchronous Satellite Launch Vehicle (GSLV) had a satellite inside which was to help India in gathering useful information. This included real-time information reporting that meant foreseeing the natural disasters related to forests and agriculture. This satellite was also to help with improving the country’s navigation systems.

The video that recorded the flight shows a huge fireball sizzling through the air in an upward motion with tremendous speed. However, soon after, it seems to be put out after reaching a little height. This happened almost six minutes later the takeoff. It is found out that the reason for the failure is the inability of the rocket’s third stage to burn.

GSLV-F10 was launched at 0543 IST yesterday. It failed due to Cryogenic Upper Stage ignition’s failure. The scheduled rocket flights were already on a disturbed schedule due to the pandemic and this setback has further created complications for the organization.