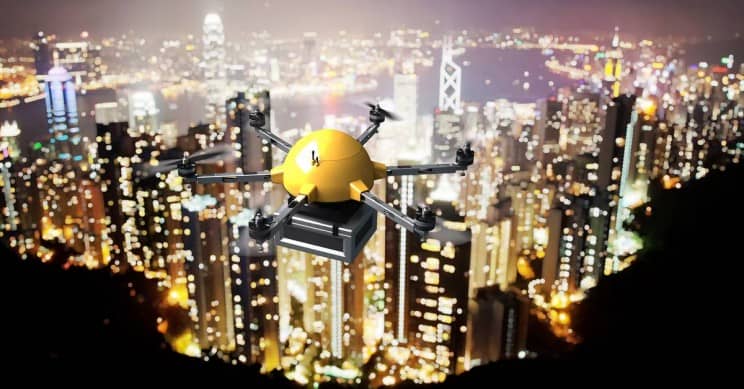 A donor’s kidney was delivered to the surgeons at the University of Maryland Medical Center for the first time using a drone on April 19. The kidney was brought from a hospital that was situated about three miles away.

The kidney was successfully transplanted into a 44 years old woman from Baltimore. She was suffering from renal failure and had spent eight years on dialysis before the procedure was carried out.  The patient, who was discharged a few days later, said, ‘This whole thing is amazing. Years ago, this was not something that you would think about.’

The drone that brought the kidney was a custom-built model featuring eight rotors and different powertrains for making sure that it remained stable. It also featured a unique apparatus for maintaining and monitoring a viable human organ thus making sure that the transported kidney was kept in the best possible condition throughout the flight.

The drone also had a wireless mesh network for controlling the drone and communicating with the ground crew. The research team had run many tests before transporting the actual kidney. They had experimented with transportation of saline, blood tubes, and other items other than a non-viable human organ.

Matthew Scassero, MPA, director of UMD’s UAS Test Site, part of A. James Clark School of Engineering, said, ‘We had to create a new system that was still within the regulatory structure of the FAA, but also capable of carrying the additional weight of the organ, cameras, and organ tracking, communications, and safety systems over an urban, densely populated area—for a longer distance and with more endurance. There’s a tremendous amount of pressure knowing there’s a person waiting for that organ, but it’s also a special privilege to be a part of this critical mission.’

Joseph Scalea, MD, assistant professor of surgery at UMSOM, project lead, and one of the surgeons who performed the transplant at UMMC, said, ‘There remains a woeful disparity between the number of recipients on the organ transplant waiting list and the total number of transplantable organs. This new technology has the potential to help widen the donor organ pool and access to transplantation. Delivering an organ from a donor to a patient is a sacred duty with many moving parts. It is critical that we find ways of doing this better.’