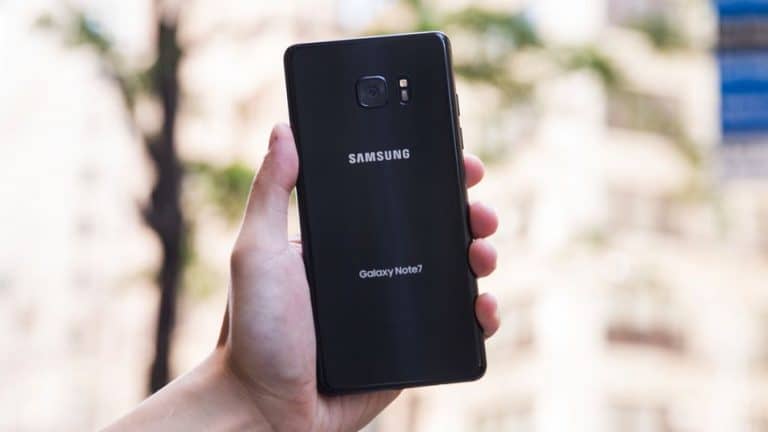 Despite all the efforts by Samsung to kill the infamous and disastrous Galaxy Note 7, some people are still very keen on using the explosive phone, maybe for the sense of thrill or just for getting on the nerves of the company. From offering money and replacements to limiting the charging of the phone, Samsung has done everything in to get those few phones out of the market so they can bury the hatchet for good.

But they report that there are 3-4 percent of Note 7 phones still in use worldwide, mostly in South Korea. And although 97 of phones have been recovered, Samsung now looks to kill the remaining ones by pushing a software update that’ll stop the phones from charging at all and also prevent it from connecting to cellular networks, according to a report from Yonhap News Agency.

This comes in just a day before the launch of the Galaxy S8 and can be seen as a desperate attempt by Samsung to wipe out any chance of any new explosion and the company getting into the limelight for all the wrong reasons.

The people who are still holding onto Samsung Galaxy Note7 are defiant in the face of the pressure and have even created a private Facebook groups called the Note 7 Alliance. They have been actively looking to circumvent the software updates that would brick their phones.

The group’s co-founder, Miguelina Betty, remained firm in her refusal to give up on her hacked Note 7, which she says still charges and normally works, even though she says she’s planning to buy an S8.

What could be the reason behind the obstinate affixation with keeping these potentially harmful phones? Betty explained over a Facebook Messenger exchange with Mashable,

“I am not ready to throw in the towel when the S8 comes out. Though the S8 is rumored to have a lot of awesome features, it still does not compare to the Note 7. The S-Pen changes the game on so many levels and the S8 doesn’t have it. I could go on and on about how there is no phone that compares to the Note 7 right now but to push materialism aside, I have not yet been convinced that my Note 7 is a danger…I am fully aware it is recalled. I am an adult and I choose to keep and use my Note 7. The only thing that could get me to give up on hacking my Note 7 would be the Note 8.  I will consider exchanging it depending on what features the Note 8 provides.”

They’ll need to hack the phone fast if they are to avoid bricking since the latest update is scheduled to be pushed before the end of March. Maybe this leaked video of Galaxy S8 will change Betty and rest of her posse’s mind!