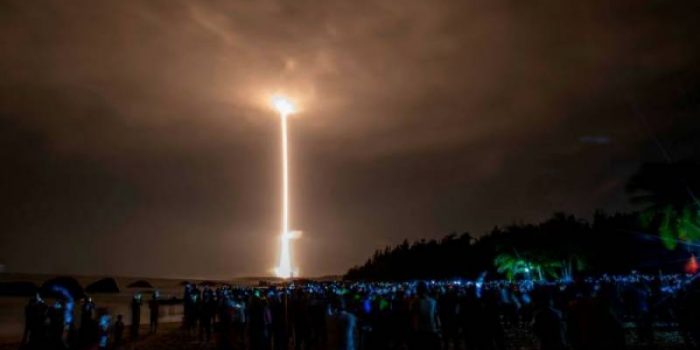 The world is making advancements in the military scenario with every passing day. Among the countries taking the bigger and faster steps is China and recently it launched a unique technology that has seemingly left everyone in awe.

The country just tested a hypersonic missile that circled the globe in low-Earth orbit before going towards its intended target, anonymous sources told Financial Times. The nuclear-capable rocket carried a hypersonic glide vehicle that enabled it to travel at amazing speeds, the report alleges.

The report also says that U.S officials were caught completely by surprise by this test.

“We have no idea how they did this,” one source said to Financial Times.

It was said by Taylor Fravel to Financial Times that this advancement on China’s part can be threatening for the US. Fravel is an expert on Chinese nuclear weapon policy and believes that the hypersonic glide vehicle could potentially “negate” the US missile defense system.

“Hypersonic glide vehicles…fly at lower trajectories and can maneuver in flight, which makes them hard to track and destroy,” Fravel told Financial Times. That means the US’s system to destroy incoming missiles might prove not very effective in the event of an attack.

However, just a day after the report, Chinese officials stated that it was, in fact, a spacecraft being tested and not a nuclear-capable hypersonic missile. This was said in a press conference by Chinese Ministry of Foreign Affairs spokesperson Zhao Lijian, as reported by Reuters. “This test was a routine spacecraft experiment to verify the reusable technology of spacecraft, which is of great significance for reducing the cost of spacecraft use,” he said to the press in a statement obtained by CNN. Now, it is entirely possible that China is telling the truth here and it was just a spacecraft. But what is also possible is that China is trying to cover up the missile test since the folks in Beijing are known to keep their cards close to their chest and they might have actually caught U.S officials by surprise. One can only speculate!