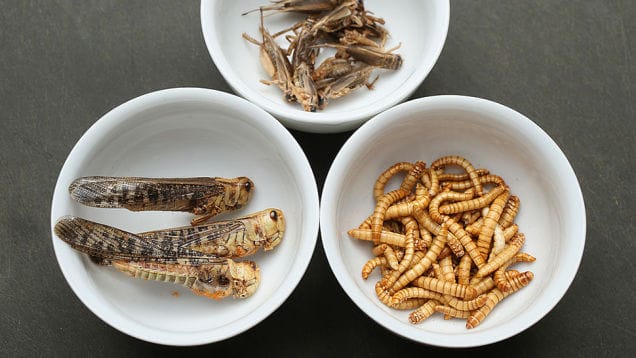 From pancake sausages to Doritos, from Oreo ice cream sticks to Cinnamon Toast Crunch, our food has evolved with time and has gotten weirder and weirder. If someone from even 50 years back is thrown into this world, he would probably be a pretty freaked out. So, today we will speculate what would our food evolve into after 30 years! These predictions ought to be fun!

We already eat a lot of genetically modified food such as corn, soybeans, canola, sugar beets, potatoes, and other vegetables, and with the scientists getting their hands on the new gene editing tool CRISPR/Cas-9, there is surely no stopping of this process. We might be seeing non-browning apples, non-bruising potatoes, and virus-resistant pigs very soon!

Everything is being 3D-printed these days, so why keep the food left out! The phenomenon of 3D printing of foods can help in cutting down the cooking time while offering a tasty, easy-to-eat and create an option for people who can’t or don’t want to spend their time cooking.

Microalgae, use CO2 from the atmosphere and according to a 2013 study, these tiny green critters contain massive amounts of proteins, fats, and carbohydrates which provide essential nutrients. A different study revealed that some species of algae had omega three fatty acids as well, where are also good for health.

NASA researchers have already created full fish fillets in the labs by soaking goldfish muscle into the fetal bovine serum. This process is the same as used by the fake meat makers (coming up ahead). Another example is the New Wave Foods, a private company, which has created synthetic shrimp out of red algae.

Companies like Memphis Meat and Mosa Meat are actively looking to form lab-grown meat to stop the killing of cattle once and for all. They aim to do this by patterning stem cells into animal tissue, thereby creating synthetic meat. A 2011 study found that lab-cultured meat would cost 7–45 percent lower energy, 78–96 percent lower CO2 emissions, and 99 fewer lands than what we are using today. Sounds like a pretty sweet deal!

Often, bugs are tried out as an alternate food choice, especially in areas with a scarcity of nutritional options. They cost less, feed on cheaper food, and provide more than adequate nutrition. Stores do offer pasta and food bars containing cricket flour which adds some extra protein into meals. Also, you also can buy a 100-gram servings of crickets and grasshoppers at your local store, which amounts to around 13 and 21 grams of protein, respectively. And according to a report by the New York Times, insects do taste pretty good when prepared in a proper way.

Have any other ideas on what would be the foods of the future?