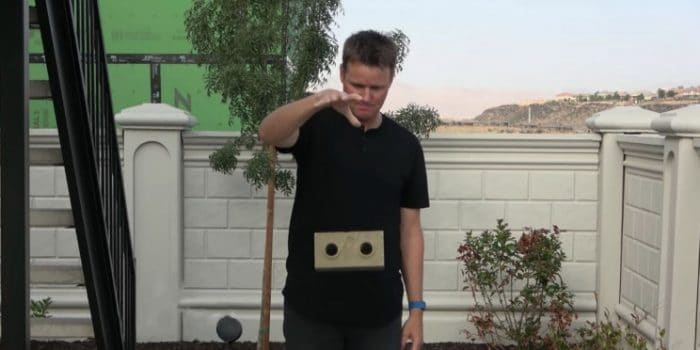 Elon Musk’s boring company is making folds in advancement on its Las Vegas Convention Center Tunnel project. All the dirt excavated from the site to build the tunnel is being used to produce bricks. Don’t get confused, the boring company’s bricks aren’t just sad or broken, it’s just the name of the company producing them.

Mr. Musk introduced the tunnel project in 2019 and explained how the excavated dirt would be used. The dirt excavation alone takes about fifteen percent of the project, and not everyone can make money out of that. This is just another example to prove his multi-billionaire mind-set to make the most out of everything.

As per the details, the boring bricks will cost 10 cents apiece, which is far less than its competitors available in the market. They also come with another good news: anyone asking for these bricks to use in an affordable housing scheme will get them for free. How generous of Mr.Musk!

The Youtuber ‘Whats’s Inside’ brings us all the details on boring bricks with another interesting video that tests their durability and conducts the drop test compared to 4 other types of bricks used commonly. The video also encircles around Elon Musks’ speech, in which he convinces these bricks are beneficial in every way.

The video lays down enough points to prove that boring bricks are a fair deal by putting them aside with four types of bricks bought from Lowe’s. It included red clay bricks, metal enforced bricks, and cinderblock bricks.

Boring company’s bricks went far ahead in terms of benefits as these were the best priced and showed the max durability in the drop test. All other bricks break off at the time of the impact other than the metal-reinforced and the boring bricks. And if the two survivors are compared at a price, boring bricks make a much better deal.

The Las Vegas tunnel project has won more and more casino projects. Recent milestones of the project are completed ahead of the given time frame, and just in a year and a half, remarkable! The company also conducted a competition in July to find out more effective ways of building tunnels. Now, Mr. Musk might be after transforming the building material industry as he and his company have shown some of the innovations already.