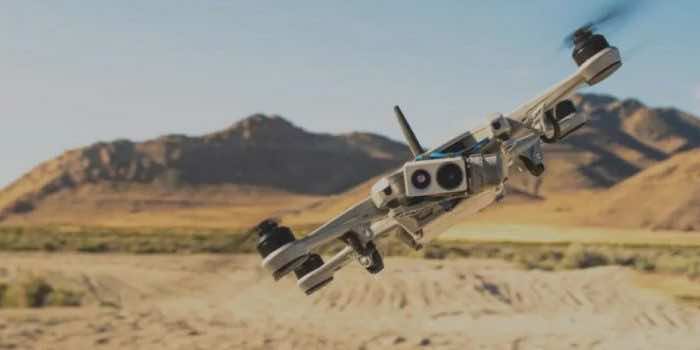 The future of drone technology is continuously flourishing with the expected growth opportunities in ways you have never imagined. Continuing this trend, Red Cat Holdings, a drone company located in Puerto Rico, has just unveiled its multi-drone swarm system, which can execute the most challenging tasks with only a single pilot on board. The technology is not only available commercially but is also approved by the U.S. Department of Defense, which makes it viable for the general public to use it for recreational purposes as well.

These drone swarms comprise a “point of light” that could transform into different shapes in a three-dimensional space. They are built on the mechanism of strategic coordination, and for this purpose, its variant known as the 4-ship technology is launched, which consists of up to six drones. All of them have the capability to work together under the umbrella of a single pilot. However, four of them can operate at once, while two of them will serve as backups and will be deployed if the battery of any of those four runs out.

We can also look at the recorded video of these four drones on a 4-ship display controller, which provides a 360-degree view of the nearby objects. We can harness this incredible technology not only in military reconnaissance missions but also on the recreational side, like in concerts and large-scale events.

“With 4-Ship, we have successfully integrated the human/machine interface with an embedded autonomy engine that offers additional intelligence and surveillance capabilities from a single pilot and controller. The ease of use and multitude of applications make the 4-Ship a next-generation drone system. ”

Besides America, China has long been known for its drone technology, and we are all familiar with DJI drones that have become so popular due to their extraordinary surveillance capabilities. Seeing this, American organizations, including the FBI and NYPD, started buying these drones for surveillance, but America’s defense authorities regarded them as “potential threats to national security” as they might impose sensitive information on the Chinese weapon systems, which could pose a disaster for the U.S.

However, we must also not forget the Americans’ Golden Eagle quadcopter drone, which is designed to eliminate any kind of threat and can be independently used by the Americans without the fear of being confiscated.