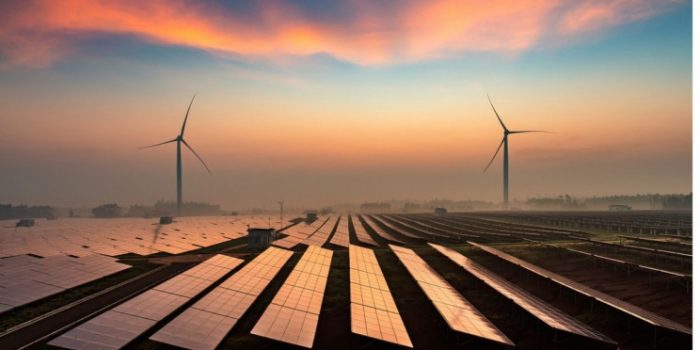 India is setting its foundations for what will be the world’s largest hybrid renewable energy park.

Foundations have been laid for a renewable energy park that will produce 30 gigawatts of electricity and is deemed the world’s largest.

As the foundation stone was being laid, India’s Prime Minister Narendra Modi claimed that this would enable the country to reduce 50 million tons of carbon dioxide emissions per year. The park spreads over 72,600 hectares (180,000 acres) and is located in Western Gujrat.

In addition to windmills, solar energy storage units, and solar panels, the park will have a fully automated milk processing and packing plant and desalination plant.

Using the plant, 100 million water liters will be desalinated every day, which will provide water to approximately 800,000 people.