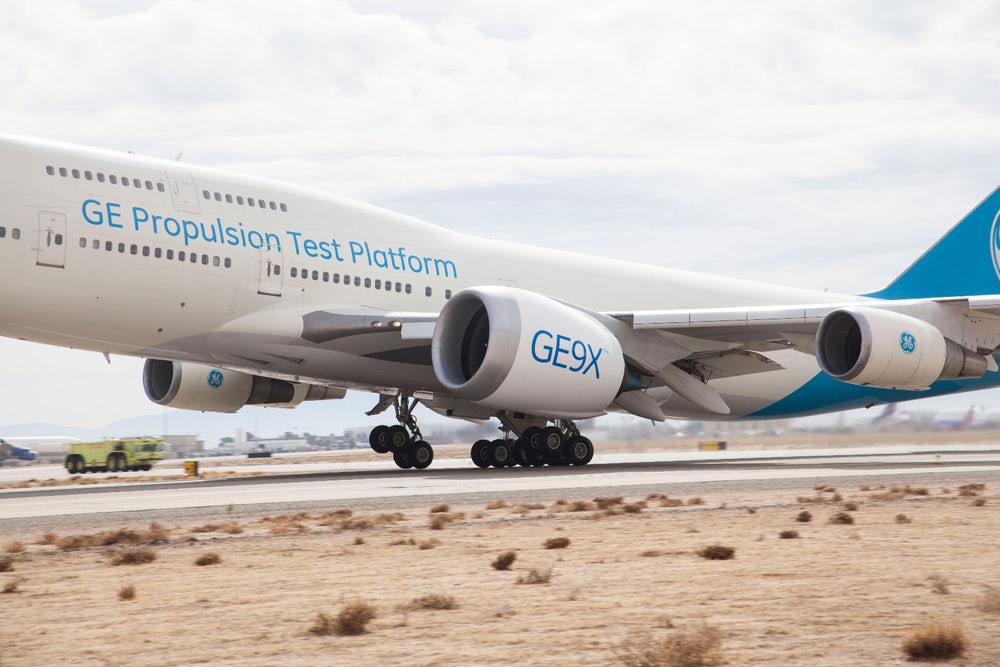 GE Aviation’s GE9X is the world’s largest jet engine and it has taken to the skies for the first time over the Mojave Desert in California last week.  The world’s largest jet engine was attached to the wing of the company’s “Flying Test Bed” based at an airstrip in Victorville, California and it completed a four-hour test flight to check the essential features and to begin trials for official certification for service.

The GE9X is developed for Boeing’s 777X next-generation wide-body passenger jet. This engine is huge as compared to all previous models. Extensive composites were used in building the fan blades and the fan face. 3D printed nozzles, new light and heat-resistant ceramics, and the reduction of fan blades from 22 to 16 allowed GE to make the engine lighter.

This allowed them to expand its size so that its fan is now 134-inches across and the entire engine is as wide as a Boeing 737 fuselage making it the world’s largest jet engine. It can push 100,000 lb of thrust and is 10 percent more efficient than the GE90 engines currently being used for the 777s.

According to GE Aviation, there are already 700 orders for the GE9X in the books from a number of customers including Emirates, Etihad Airways, Cathay Pacific, Lufthansa, and Qatar Airways. The company is currently working on the backup electrical system for the 777X while several more months of testing is required to determine the performance of the GE9X.

We will have to wait for a couple of more months to complete testing before we can see the GE9X in all its glory.