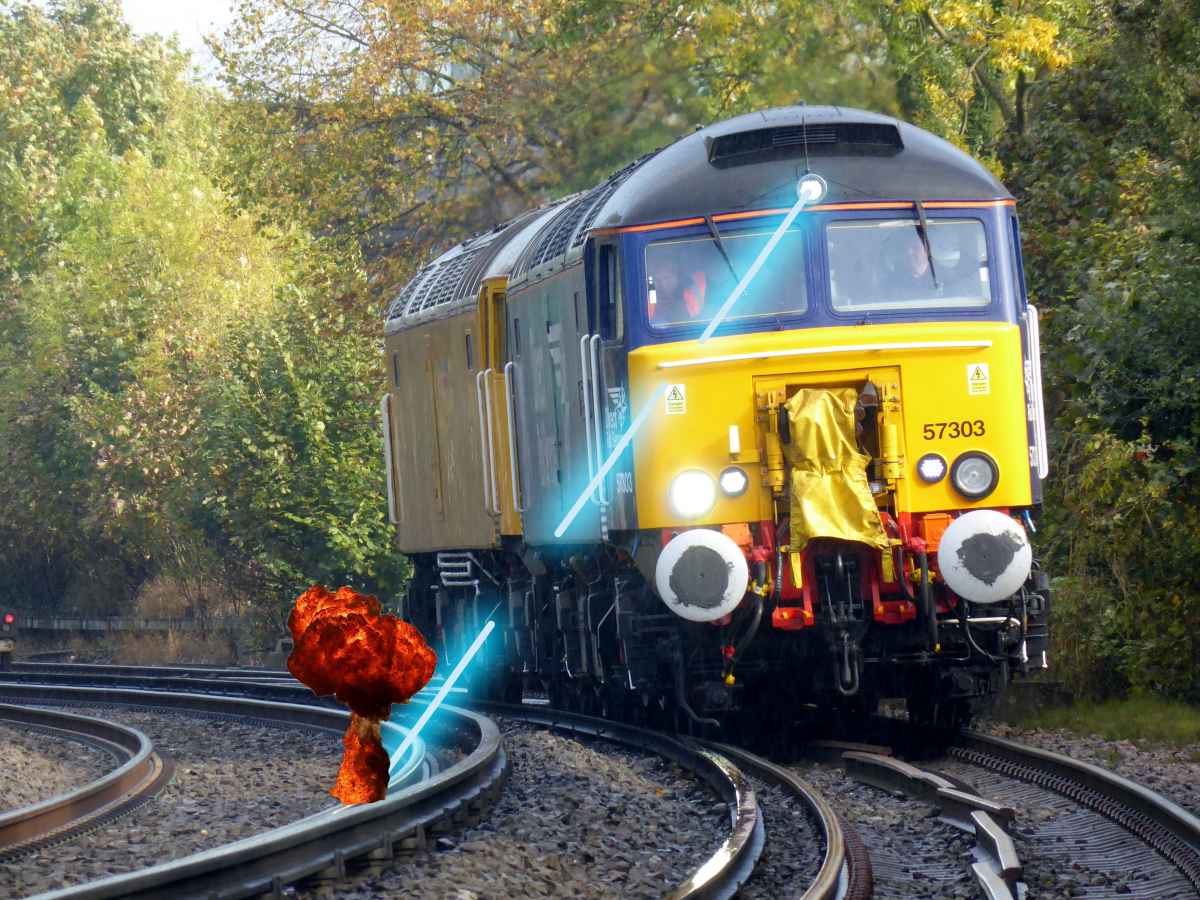 Why is the train late? Because of the leaves! Isn’t that the lamest excuse ever? However, this statement is the annually recurring excuse for cancellations and delays of railways. What seems like a preposterous reason is actually a very serious issue. On a yearly basis, as per a survey by Network Rail in the UK, there was a delay of 4.5 million hours due to leaves in 2013. The solution has been proposed by a Dutch Rail Company named Nederlandse Spoorwegen, working in collaboration with the Delft University of Technology and a British inventor, Malcolm Higgins. The idea involves using lasers to zap away the leaves from the railway tracks. The technology will make use of intense beams of infrared light to vaporize any buildup of material on the rail tracks before the train’s wheels pass over them. The fallen leaves basically cover and stick to the tracks when they are wet. This makes the tracks slippery and when the heavy train passes by these sticky tracks, the leaves become compacted and transformed into a shiny and hard substance akin to Teflon. Upon becoming wet, this layer becomes super-slippery and doubles the braking distance. Less traction also hinders the train gaining speed from rest position. Also, since train wheels become insulated from the track, signalers receive less information regarding the train’s locations on the network and therefore, require that trains run with more space in between them. Jurjen Hendriks, one of researchers at Delft University of Technology, said, “We are now investigating whether offers laser solution.” The Laser Railhead Cleaner (LRC) has been attached on a Nederlandse Spoorwegen DM-90 train under the train and located in front of the wheels. The device uses a Nd:YAG laser that sends pulses of laser with a wavelength of 1,064 nano-meters. This wavelength has been selected because it is specifically absorbed only by leaves and organic material making the metal remain unaffected.

According to a spokesman for Strukton Raid, “The LRC briefly heats the organic material on the rails and because the organic material expands more rapidly it separates from the rails. What’s more, rust bursts away as well. The rails are cleaned and dried as a result, preventing any other material from adhering to them for some time. Tests have shown that because they are solid, rails and other infrastructural objects are not damaged by the ablation process.” Professor Rolf Dollevoet, leader at the new trials being carried out at Delft University of Technology, explained, “The question is not so much whether the laser system works, but for how long the rails will remain clean. We’ll measure the remaining friction over time during rain, drizzle, frost and snowfall. From these measurements NS and Prorail can derive at what frequency the 6,000 kilometers of track need to be laser-ed and how many trains have to be equipped with lasers to achieve that.”

Let us know what you think in the comments section below.