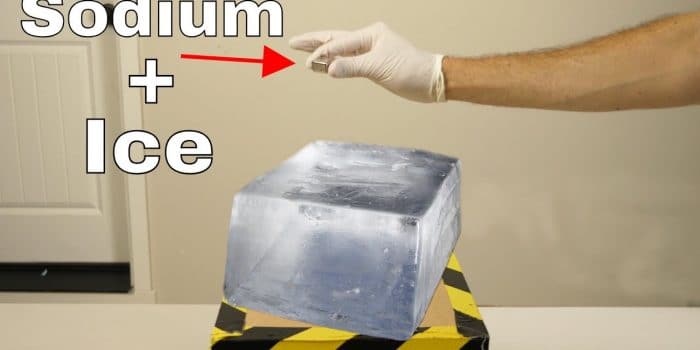 It’s a classic example of chemical bullshit: throw a chunk of sodium or potassium metal into water and wait for it to explode. Despite the fact that this piece of pyrotechnics has astonished generations of chemistry students, it has been misinterpreted until now.

Sodium is typically thought of as a dietary micro-element that is critical for a variety of biological processes in our bodies. However, this micro-element only exists as molecular compounds in human bodies, not in its pure metallic form.

Yes, pure sodium is an alkali metal with a high reactivity. Because of its high reactivity, some chemical reactions occur between sodium and common components like water; as a result, this metal is chemically toxic and must be handled with caution. When sodium comes into contact with water, for example, it spontaneously explodes because the reaction produces hydrogen gas as well as a large amount of heat, which is sufficient to ignite the mixture of hydrogen and ambient oxygen.

What if we placed a small amount of sodium over solid ice? Is it still going to trigger an explosion? This experiment is demonstrated in the video below:

Chemists have long believed that tossing a chunk of alkali metal into water, a time-honored tradition still practised by some lecturers and many chemistry thrill seekers, causes an explosion because the metal dissolves, generating a tremendous amount of heat and transferring electrons to the water, results in an explosion. The dissolution step also produces steam and produces hydroxide ions and hydrogen, both of which can be burned, making the process even more energetic.

However, several academics have been perplexed as to how the procedure can happen so swiftly. They realised that early in the process, steam and hydrogen should form a buffer layer over the metal surface, preventing water from reacting further.