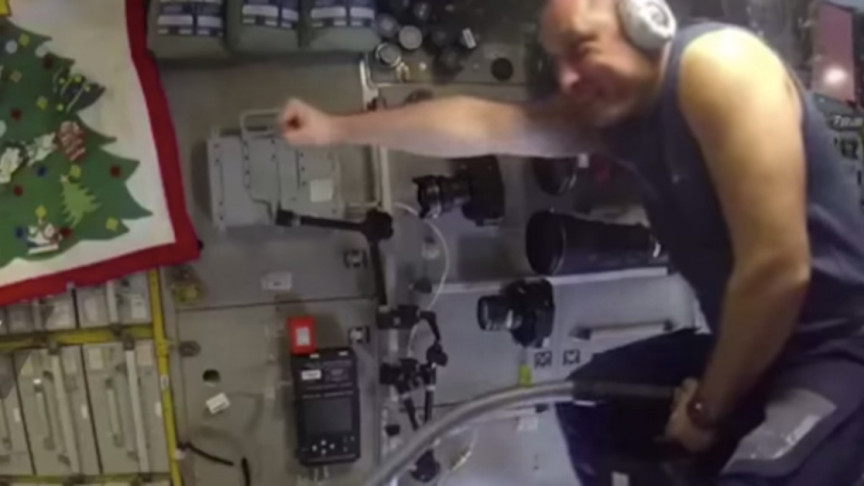 We have seen astronauts carry out amazing and unheard feats before, right? We can guarantee you have never seen what Anton Shkaplerov pulled off at the International Space Station before. Anton Shkaplerov flew on his trusty steed in a gravity-less environment.

Wait; what? Allow us to explain; this Russian Cosmonaut – Anton Shkaplerov – rode a vacuum cleaner while being in International Space Station. This incident took place early last year while the Russian Cosmonaut was onboard the ISS. Fortunately for us, he was filmed while riding off to attend to his duties around the ISS.

Thanks to this feat, he has been named Space Cowboy. However, it should be noted that the Russian Cosmonaut was not ready to jump onto this amazing idea. In fact, he waited until his third flight to actually put this idea to test. He posted a few images on his Instagram where he can be seen floating (read riding) the vacuum cleaner while being on International Space Station. It sure is an amazing thing to remain on top of the vacuum cleaner and to guide it in the right direction, all the while making it appear to be effortless.

Having said that, Anton Shkaplerov and his teammates actually had to do a lot of practice sessions before they were comfortable and capable of moving around in zero gravity. You can see for yourself how a Russian cosmonaut became a Space Cowboy by riding a vacuum cleaner on International Space Station.