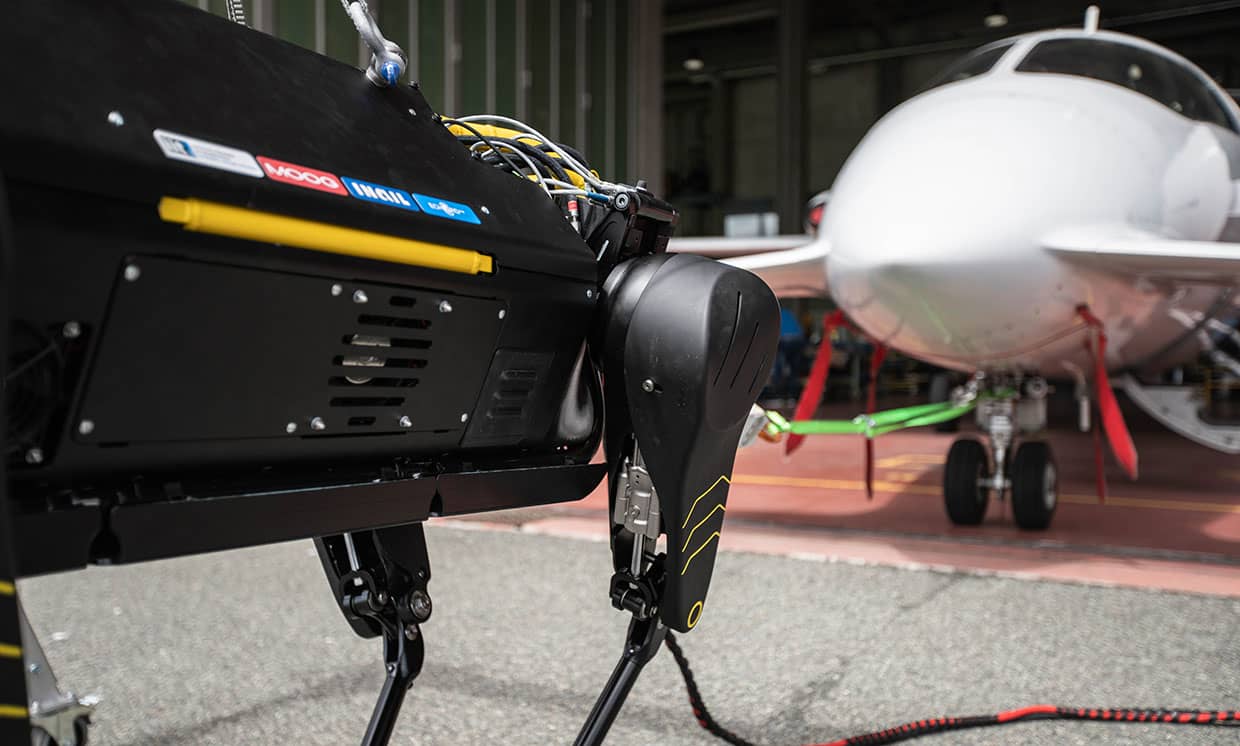 What you are looking at is HyQReal. It is a quadruped robot that comes as a result of a collaboration between the Dynamic Legged Systems Lab and the Italian Institute of Technology (IIT). The HyQReal is about 1.33 meters in length and has a height of 90 centimeters. The HyQReal weighs in at 130 kilograms.

The quadruped robot has been designed to be powerful and big. But how do you demonstrate just how strong the HyQReal is? Italian Institute of Technology (IIT) came up with a clever way; check if HyQReal can pull a three-ton airplane. Yes, you read that right; the IIT decided to check if the robot was able to pull an airplane, as it turns out; it can!

However, this video doesn’t really do justice to all of the features and capabilities that this amazing robot has to offer. For instance, the HyQReal is water and dust proof. The actuators of the robot are mostly sealed up. The robot is capable of recovering on its own after falling. The featured battery can keep it running for a total of two hours. It gets the required protection by an aluminum roll cage and a skin that has been crafted from Kevlar, glass fiber, and plastic.

The robot also features rubber feet that allow for enhanced traction. This definitely must have come in handy when it was pulling the three-ton airplane. Furthermore, it has two computers incorporated into it; one takes care of the vision while the other one is utilized for controlling the robot.

According to the manufacturers, the robot has been developed to tackle ‘disaster response and other tasks in dangerous and dirty environments that can put human operators at risk.’ The designers have further plans of incorporating an electric arm to the contraption. Check out the video below that shows the HyQReal pulling an actual airplane and do let us know what you think of it!