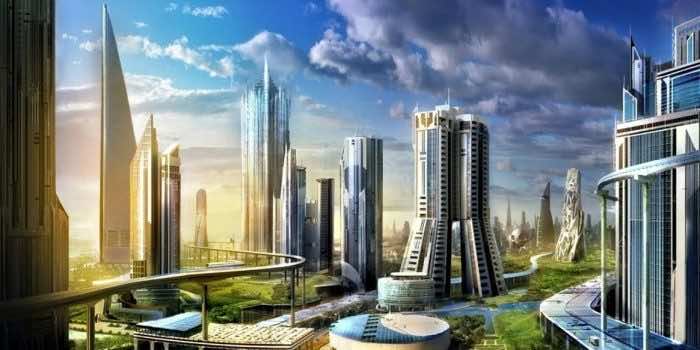 NEOM is a proposed megacity in the desert region of northwest Saudi Arabia. The project, announced in 2017 by Saudi Crown Prince Mohammed bin Salman, aims to create a “place for dreamers who want to create something new in the world” with a focus on advanced technology, renewable energy, and sustainability.

A progress film has just been released by NEOM’s YouTube page that shows real-world footage of the large-scale construction across NEOM regions including The Line, Trojena, Sindalah, and Oxagon, according to a press release by the organization released on Monday.

“We want to show the world that NEOM is really happening.” said the statement.

“If we are to solve the challenges of tomorrow, we must face up to them today, no matter how difficult they may seem. At NEOM, we are addressing some of the most pressing challenges facing humanity by bringing together a community of the brightest minds committed to reimagining what a sustainable future will look like in 20 to 30 years and building it today. We are redefining the future now. NEOM is open for business.”, NEOM’s CEO Nadhmi Al-Nasr has explained.

The Line was developed for around 9 million inhabitants and built a footprint of 34 square kilometers. The expense of the project is $500 billion. Inhabitants will have access to all facilities by walking and a high-speed rail with 20-minute transit. The project was designed with a model where residents can reach the facilities they need by walking for 5 minutes. The Line location is imagined as a link between the Red Sea coast and northwest Saudi Arabia.

Oxagon will be an octagonal floating port city. The city will serve as a port and logistics hub for the larger Neom project, which is a renewable energy-powered region part of Saudi Arabia’s Vision 2030 plan to diversify the country’s economy and reduce reliance on oil.

Trojena is part of NEOM’s regional plan and is located 50 kilometers from the coast of the Gulf of Aqaba in the heart of our nature region, with elevations ranging from 1,500m to 2,600m and an area of nearly 60 square kilometers. According to the Saudi Press Agency, the new year-round tourist destination will include a ski village, ultra-luxury family and wellness resorts, a wide range of retail stores and restaurants, as well as sports activities such as a ski slope, watersports, and mountain biking, as well as an interactive nature reserve.

Sindalah, a major Red Sea gateway offering bespoke nautical experiences, is expected to begin welcoming guests in early 2024 to enjoy its facilities and exclusive offerings. The development is expected to generate 3,500 jobs in the tourism, hospitality, and leisure sectors. The Sindallah project will include three hotels, 413 rooms (including 88 villas), and 333 serviced apartments.