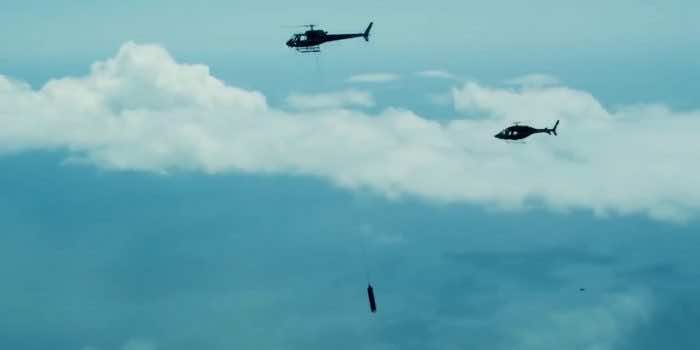 A California-based company, “Rocket Lab,” under its mission “There and Back Again,” has finally embarked on a rocket to put 34 satellites into orbit. This space mission was elicited by one of the sustainable development goals of Rocket Lab: to launch and then get the boosters back for reuse purposes. This is a continuous and viable process, pioneered by Elon Musk for his Space X missions, which aim to reduce costs by reusing the rockets. Thus, during the first stage of the rocket’s launch, the booster fell back onto the Earth. However, Rocket Lab deployed helicopters to fasten this booster with its parachute line. The helicopter employed was the “Sikorsky S-92″, and it couldn’t hold this parachute line for much longer due to certain safety concerns related to its aerodynamic properties, thus breaking its connection with the parachute. The booster, along with the parachute, fell into the Pacific Ocean, which was then safely collected by the authorities.

Rocket Lab’s CEO, Mr. Peter Beck said, “Bringing a rocket back from space and catching it with a helicopter is something of a supersonic bullet.” A tremendous number of factors had to align and many systems had to work together flawlessly, so I am incredibly proud of the stellar efforts of our recovery team and all of our engineers who made this mission and our first catch a success. The rocket splashed down safely, and the ship is loading it now. They got a great catch. They just didn’t like the way the load was feeling “.

This rocket booster fell back to earth with a speed of 5000 mph (or 8,000 kph). However, after deploying the parachute, its descent slowed down to around 22 miles per hour. When the helicopter first captured this booster, it was flying at a flight level of 6,500 feet above the ground surface. However, due to the dropping back of the rocket into the ocean, the team of engineers found certain anomalies or some structural defects. As a result of this, it has not been decided yet whether to reuse the rocket for the next mission or not.

Significantly, the company successfully tried to capture this booster by helicopter and made an incredible and historic attempt. On the contrary, a mid-air capture of this nature has been tested before by NASA, but it was not successful. However, this company has accelerated a whopping 146 satellites into space orbit, each having a different purpose.