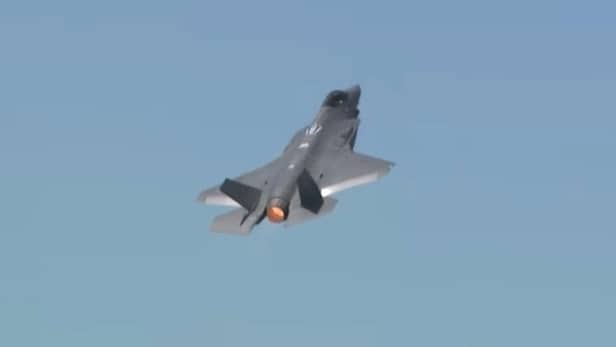 There’s no better sight for a plane enthusiast to watch an acrobatic airshow of a beast like the F-35 Lightning II. While it is not the first air show of the conventional take-off and landing (CTOL) plane, it is the first time some lucky bunch of people got to see it live, performing a full aerobatic display.

An F-35A flaunted its full range of tricks at the 2017 Paris Air Show on Monday, a plane that has been mired in controversies and problems since its inception. If numerous delays and hefty blowouts weren’t enough, just a few days ago F-35 stealth fighter trainers were banned after choking pilots of oxygen, further adding to the woes and raising doubts from many quarters.

But the flying displays at Paris–Le Bourget Airport was an opportunity to blow away the problems and impress both the public and the representatives of military forces from around the world attending the show.

You can view the full debut aerial demonstration flown by Lockheed Martin test pilot Billie Flynn in the video below, that also include briefings from the pilot about how he is going to attempt the manoeuvres.