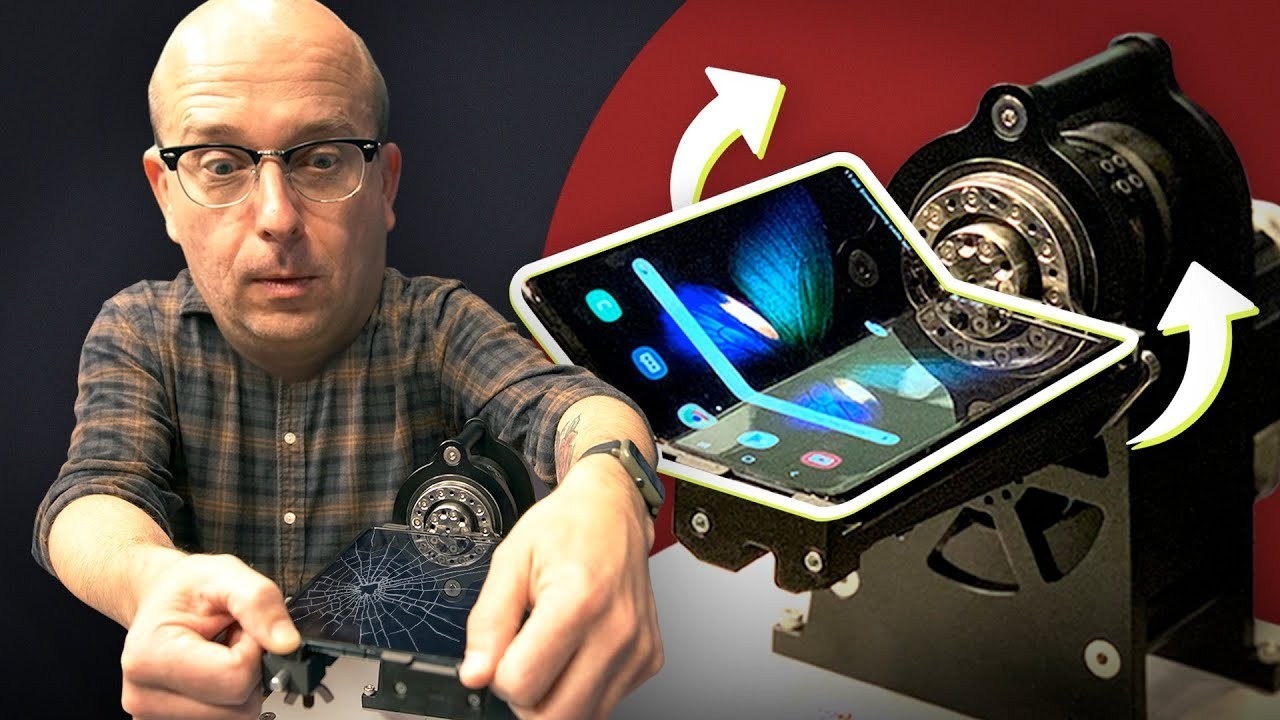 This particular incident is one of many, in our opinion. Samsung did warn its US customers that they would have to be careful in terms of how they use and care for their Samsung Galaxy Fold. But of course, we wanted to know how well it would perform after being opened and closed multiple times.

That is where the famous website CNET comes in that continued opening and closing the device for a few hours. Well, 14 hours to be exact. The process was not carried out manually, however. In fact, CNET acquired the help of SquareTrade to create a machine known as FoldBot that would carry out the opening and closing of the phone.

This enabled CNET to make sure that each opening and closing motion was uniform. After a total of 119,380 folds, appreciably short of the 200,000 times benchmark that was estimated by Samsung that an individual would open and close the device over the course of a five-year span, the hinge and screen sustained damage. While it remains highly unlikely that a person would open and close the phone this many times in a day but it does go to show what kind of problems we can expect.

The launch of Samsung Galaxy Fold was announced in late September while claiming that the phone came with the functionality of a smartphone as well as a tablet. The device is available in Cosmos Black and Space Silver. You can buy it if you can afford $2,000. With such a huge price tag, you have believed that the gadget would be free of flaws.

Samsung that already canceled the previous launching of Samsung Galaxy Fold on account of rethinking the complete user experience. What do you think? Do let us know via the comments below.