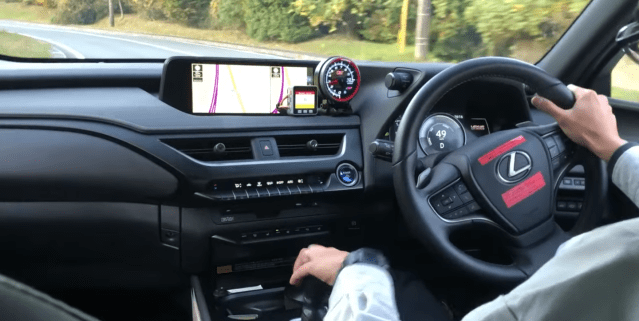 Lexus thinks its shift to all-electric vehicles shouldn’t equate to the loss of engagement and driving fun; after all, they’re busy touting their so-called Lexus Driving Signature. To that end, they’re working on manual transmission specifically for EVs.

The system, which is now being trialed in a special version of the Lexus UX 300e, may appear in the production version of Lexus’s BEV Sport Concept. This manual gearbox has a physical gear shifter, a tachometer, and a “clutch-like” pedal. However, everything’s simulated via software—the third pedal isn’t connected to a clutch, and the gearbox doesn’t have multiple gears or a synchro.

The system will use software instead of an actual clutch to mimic the feel of a manual transmission, providing engine sounds to go along with it and multiple profiles with different programmed gear ratios. Lexus appears to be attempting to keep it realistic, even programming in behaviors for stalls and rolling back on hills.

“This new project all started with some Lexus engineers reflecting on what they liked about traditional [internal-combustion] vehicles and what they had to miss out on with electric cars,” Watanabe said. Many journalists recently got a peek at an example of the faux unit in action within a special EU-only UX 300e model. The car lacks the proposed engine sounds and instead features some placeholder noises, but allows the driver to shift up and down gears in sync with a fake tachometer.

“From the outside, this vehicle is as quiet as any other BEV.” But the driver can experience all the sensations of a manual transmission vehicle. It is a software-based system, so it can be programmed to reproduce the driving experience of different vehicle types, letting the driver choose their preferred mapping. Takashi Watanabe, Lexus’ Electrified Chief Engineer, stated.