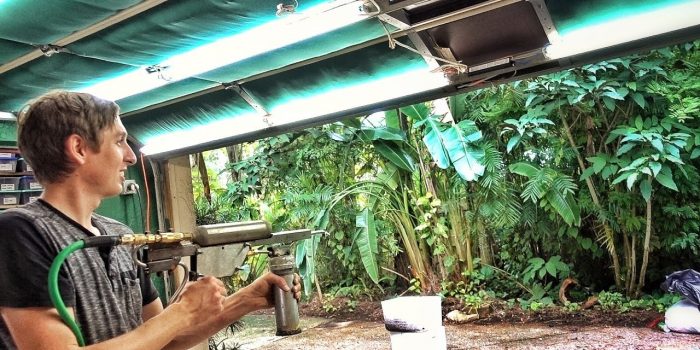 The Backyard Scientist made his own rockets, then devised a way to attach kitchen knives to them and launch them into various objects. Before you say anything about the wonky aerodynamics, the rockets had to be attached to a steel guide cable. The YouTuber claims the US military stole his idea. The YouTuber claims the military stole his idea, so he recreates it in a small version to illustrate exactly how it works.

He asserts that the military stole his idea to create a much larger model after stealing his invention of a rocket with multiple knives five years prior. As Well He made the decision to build a scaled-down version of his rocket design once more to demonstrate this point. He fills a long tube with rocket fuel and tests it in the open to see how far and how quickly it can travel.

The model managed to carve a deep hole in a tree while traveling at speeds of more than 300 mph. He purchased some kitchen knives and fastened them to his rocket as the next step in his experiment.