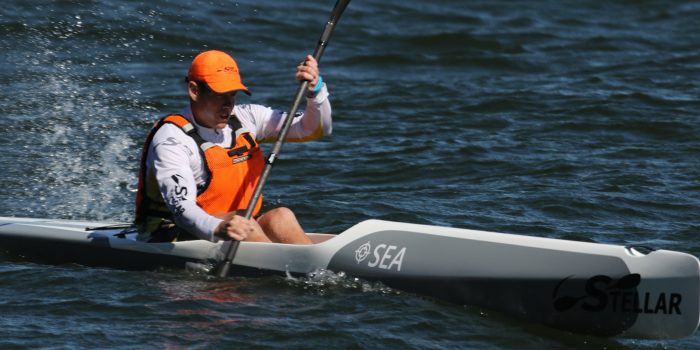 Brennen Kunka has come up with aluminum kayaks and the outcome is spectacular!

“Before the build, I had been kayaking a few times but never owned one,” said Kunka, a 28-year-old mechanical designer, and maker-of-stuff who lives in Powhatan County, Virginia. “I knew I wanted to build one, and whenever I make something that I could theoretically buy instead, I take the opportunity to make it unique. I’ve seen plenty of wooden kayaks on the internet already, and I’m probably more experienced working with metal anyway, so I decided on aluminum.”

Brennen started by getting commercially available plans for a plywood kayak. He followed the prints with some innovation. He used laser-cut sheets of 1-mm 5052 aluminum alloy, which he welded and riveted instead of stitched and glued.

“Getting all of the hull sections tacked together was the longest struggle of the project,” he told us. “I had a few interior frames to guide the placement, but still needed to reposition clamps for every tack, and usually support the clamps themselves to avoid bending the metal. It was super easy to burn through at this stage, and individual tacks are easy to break.”

“It is very stable and handles well,” said Brennen. “Everybody assumes it gets really hot in the sun, but it’s fine. And the glare off of it is nothing compared to the glare of the water. One noticeable quirk is the noise. On the first paddle, I heard lots of water sloshing around and thought I was sinking. Turns out that’s just the noise it makes when it’s moving, and the metal hull amplifies it. And when you hit a rock, everyone on the water knows it.”

“Unless you count the cool factor, there’s not much about my aluminum kayak that’s ‘better’ than many plastic ones,” he said. “It’s lighter than a rotomolded one but probably not carbon fiber. Of course, aluminum is fully recyclable, can be repaired to its original strength with welding, and is produced with electricity that can be sourced from renewables.”