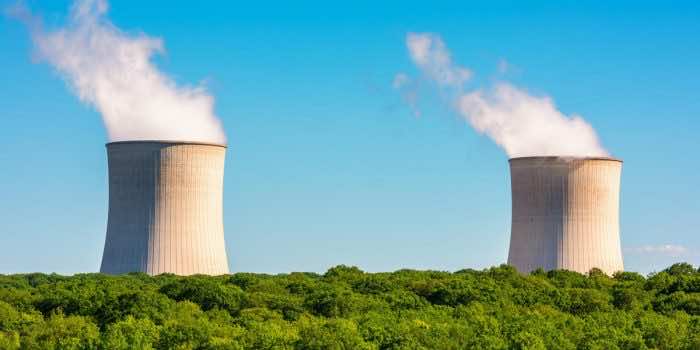 Nuclear energy is one of the most reliable sources of energy. It is a vital component in power generation and in the fight against environmental pollution as well. However, it has become very important to protect it as it is one of the most sustainable sources of energy. Keeping this in view, U.S President Joe Biden has announced an initial package of $6 billion to keep the nuclear plants running. According to the U.S. energy secretary, Jenifer Granholm, “We’re utilizing every instrument at our disposal to power our country with clean energy by 2035, including prioritizing our current nuclear fleet to ensure continuing emissions-free electricity generation and economic stability for the communities leading this critical effort.”

The renewable energy sources of the U.S account for 20% of nuclear energy and of this, 19% constitutes the total electricity generation, which is almost equivalent to its renewable energy sources, out and out. Another key fact to remember is that there are a large number of nuclear plants located across the U.S. for power generation, which serve as important sources for the cost-efficient access of electricity to a huge number of people. To put it more simply, this large proportion of nuclear plants requires proper maintenance to sustain their long-term growth. There can be a lot of maintenance problems, like power grid failures, system maintenance, waste disposal problems, and the like. In light of these facts, it becomes a need of the hour to provide contemporary and state-of-the-art maintenance facilities to these nuclear plants to protect them from diminishing with time.

“US nuclear power facilities produce more than half of our carbon-free electricity, and President Biden is committed to keeping these plants operational in order to achieve our clean energy goals,” declared Energy Secretary Jennifer Granholm in a release. As per the U.S Department of Energy, a credit program will be deployed for the funding strategies. Those plants which are about to shut down due to the economic downturn, including a surge in losses, would be given first and foremost concentration in the form of financial aid. Since 2012, twelve nuclear reactor plants have shut down in California and Michigan for these reasons, and now credits are being deployed to one sector in California and two in Michigan because the rest of them are again planned to shut down before September 2026.

Constructing a new nuclear plant would require a gigantic area of 1,000 football stadiums having a capacity to generate 1.65 gigawatts of electricity, thus demonstrating that providing maintenance facilities for already-existing nuclear plants is way easier than building an entirely new plant, and that’s what Biden is doing.