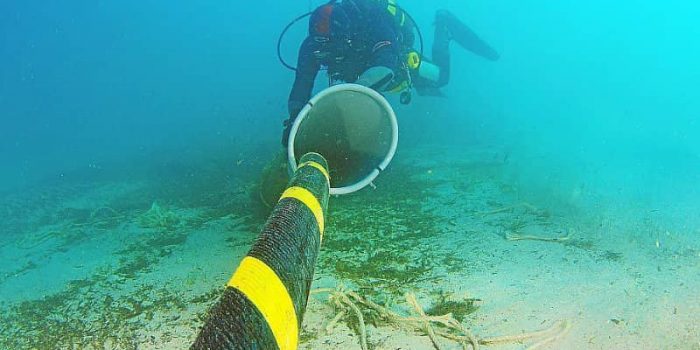 The two countries are going to work together for innovative technology, and it has become world news. Britain and Morrocco are planning to spread the world’s longest electric cable across the sea that connects them. It will have a length of 3,800 km and the cost is estimated to be around 16 billion pounds. This was reported in the Moroccan newspaper, Hespress.

This project will give Britain “clean energy” because this cable is claimed to connect the electricity generated by solar and wind energy in Morocco to Britain, meeting the needs of more than 7 million homes.

One of the major backers of the project, Sir Dave Lewis, stated that “800 million pounds were raised to build three production facilities in the UK for electrical cables used on offshore and offshore wind farms.”

“We have secured with the Moroccan government an area of about 1,500 square kilometers, and on that land, we will establish a solar farm, a wind farm, and batteries that will collectively produce about 10.5 gigawatts of energy,” Lewis told the Financial Times.

This project will make use of solar energy during the light hours and wind energy at the night.

“Importing electricity from Morocco to the UK may not be cost-competitive by the time it goes live due to the low cost of wind power,” said Tom Edwards, a senior designer at energy consultancy Cornwall Insight.

“The main challenge for a project like this is the cost and the risk of being delayed, overtaking, or having to change course when laying the cable across the sea,” he added.