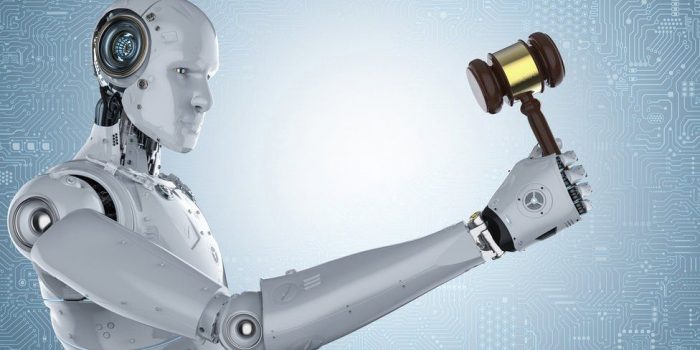 Science fiction in visual and aural media has long predicted the efficacy of robots filling duties that were once entirely reserved for humans. And the prediction is about to come true, as an AI device will be utilized in a courtroom for the first time.

Yes, you read that right! Artificial intelligence will counsel a defendant in court. In February, the AI will operate on a smartphone and listen to all speech in the courtroom before advising the defendant via an earpiece on what to say.

The AI was created by DoNotPay, a startup that bills itself as “The World’s First Robot Lawyer.” Joshua Browder founded the firm, which is described as a chatbot.

The robot was initially built to fight parking tickets, but it has since extended to perform various other services, including explaining thorny issues to those in need.

“The DoNotPay app is the home of the world’s first robot lawyer,” Joshua Browder told NewScientist. “Fight corporations, beat bureaucracy, and sue anyone at the press of a button.”

The AI was trained on factual statements to “minimize legal liability,’ according to Browder. He also modified the audio tool so that it does not respond to arguments immediately, instead allowing the offense to conclude their debate, assess comments, and then give a solution.

“It’s all about language, and that’s what lawyers charge hundreds or thousands of dollars an hour to do,” Browder said, who believes this technology will one day replace lawyers.

“There’ll still be a lot of good lawyers out there who may be arguing in the European Court of Human Rights, but a lot of lawyers are just charging way too much money to copy and paste documents, and I think they will definitely be replaced, and they should be replaced.”

It remains to be seen how far this innovative AI-driven program is taken in the country’s legal system. For the time being, the app is a subscription service that costs $36 per year.