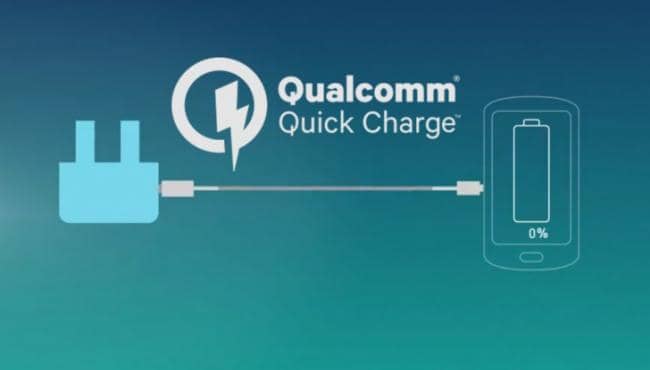 We have covered so many tips and tricks to increase your battery life and charge your phone quickly. But the fact remains, our increasingly shortening phone battery lives are a real headache. And sure, the fast charging technology has been somewhat trying to stuff in some charge in a short time; this method has also not been entirely successful as the quick charging also seems to dissipate very quickly, defeating the purpose.

In this seemingly gaping vacuum, the Android chip giant Qualcomm has made a fascinating announcement. They have announced a major upgrade to its quick charge technology, and claim that their new Quick Charge 4.0, introduced for the likes of Samsung, HTC, LG, and OnePlus, will be able to charge a phone worth 5 hours of battery life after just 5 minutes of charging. This means that it can roughly fill up the battery up to 50-percent in just under 15 minutes.

The technology could also be a response to the recommendations made by Google in a bid to tackle the curious case of exploding Samsung phones and Chrome OS laptops. In its recommendation, Google forbid users to use Qualcomm’s Quick Charge tech, and insisted on all phone manufacturers to be USB-PD compliant, which is directed to make USB-charged devices more safe to charge and avoid issues such as fiery Samsung phones and Chrome OS laptops.

But Quick Charge 4.0, while being incredibly powerful, is also fully compliant with Google’s recommendation, meaning it is expected to be available in almost every flagship Android phone come 2017.

What are your thoughts on the prospect of charging your phone in just 5 minutes? Comment below!