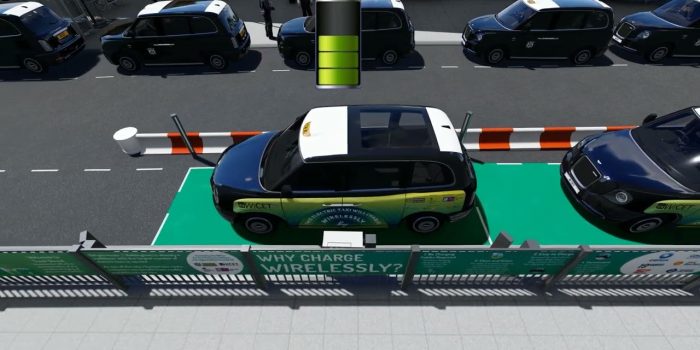 The worry of not having enough charge to reach a location is a major barrier to the public purchasing electric cars (EVs). However, the situation also affects taxi drivers, who may opt out of trips because their batteries may die in the middle of a ride.

Scientists are currently testing equipment in Nottingham that allows taxi drivers to quickly charge their vehicles before continuing their journey. The pads have been installed in nine specially constructed taxis in Nottingham, which may now be called by members of the public on Trent Street near the city’s train station. Experts expect it would lessen range anxiety, which is a particular issue for cab drivers who lose fares because their vehicle has to charge.

The system is called Wireless Charging for Electric Taxis (WiCET). WICET is based on technology invented by Serbian electrical engineer Nikola Tesla. Taxis feature these charging pads that are charged by similarly sized pads installed in the taxi rank’s street. Wire coils wrapped inside both pads resonate or vibrate at a specific frequency. That frequency can be picked up by another pad resonating at the same frequency on the grounded pad, transferring power between the two.

The WiCET proof of concept is currently underway, courtesy of £3.4 million from the government’s innovation agency, Innovate UK. It is scheduled to terminate at the end of January, but according to Professor Stewart Birrell of Coventry University, one of the project leaders, it could lead to a wider rollout and more accessible or “opportunistic” charging choices.