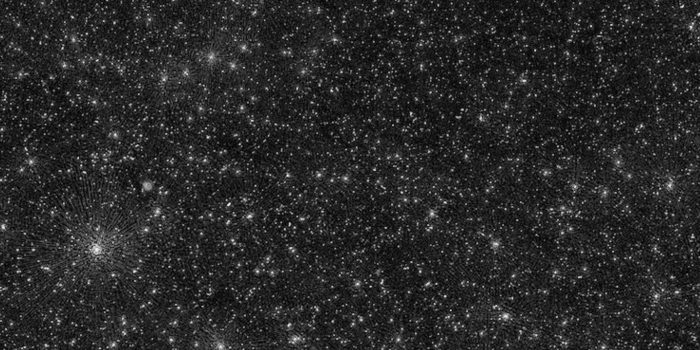 Black holes have always been an object of interest for astronomers. New research has brought an estimate of the stellar-mass black hole population of the Universe.

“The innovative character of this work is in the coupling of a detailed model of stellar and binary evolution with advanced recipes for star formation and metal enrichment in individual galaxies,” explains astrophysicist Alex Sicilia of the International School of Advanced Studies (SISSA) in Italy.

“This is one of the first, and one of the most robust, ab initio computation[s] of the stellar black hole mass function across cosmic history.”

Researchers are trying to determine the origin of these holes through the history of massive stars in the Universe. We’d then be able to calculate the number of black holes that ought to be in any given volume of space.

Sicilia and his colleagues took a computational approach. They only included black holes that form via the evolution of single or binary stars and considered the role of black hole mergers, whose numbers can be estimated based on gravitational wave data, and which produce black holes of slightly higher masses.

This enabled them to calculate the birthrate of stellar-mass black holes between five and 160 times the mass of the Sun over the lifespan of the Universe.

The team compared their results against the gravitational wave data and found that their estimate of the rate of black hole mergers aligned with the observational data. This suggests that star cluster mergers are likely behind the black hole collisions we’ve seen.

Research also found an estimate for the number of stellar-mass black holes in the early Universe.

It’s unclear how these behemoths grew so large so fast. Some current questions concern the mass of the black hole ‘seeds’ from which they grew – whether they were light stellar-mass black holes or ‘heavy’ intermediate-mass black holes.

“Our work provides a robust theory for the generation of light seeds for (super)massive black holes at high redshift, and can constitute a starting point to investigate the origin of ‘heavy seeds’, that we will pursue in a forthcoming paper,” says astrophysicist Lumen Boco of SISSA.

The team’s research has been published in The Astrophysical Journal.