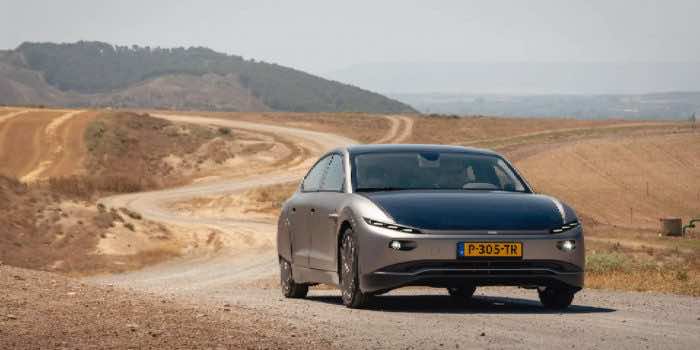 In just a matter of a few months, Lightyear will reveal its first solar EV to market. The company has put its Lightyear 0 model through a series of drag-coefficient tests in Germany under Worldwide Harmonized Light Vehicle Test Procedure (WLTP) conditions, according to a report by Electrek published Wednesday.

The tests demonstrated that the Lightyear 0 is the most aerodynamic production car ever built, a title long held by GM’s EV1 since the late ’90s. According to Lightyear, 0’s latest drag coefficient (Cd) is 0.175 which is better than the GM EV1 (which performed at 0.19 Cd).

This number is also quite lower than originally promised by the firm and, of course, lower than any Cd ever delivered by any other carmaker.

Lightyear’s chief technology officer Arjo van der Ham said in the press release announcing the new number: “We are extremely proud of this incredible achievement. We had to start from a blank sheet of paper when we started developing our technology and – with a lot of dedication and hard work – we continue to push the boundaries with every milestone like this.”

Now, the car will be able to boast that it is the “most aerodynamic” along with the “world’s first solar electric car.”

Just last June of 2022, Lightyear revealed the final production-ready design of the 0 during an online global premiere.

In cloudy climates, based on the average commute of around 21 miles (35 km) per day, the five square meters of double-curved solar panels on Lightyear 0 can charge the vehicle for up to two months of usage before charging again. In sunnier countries, the company claims that the time frame could be up to seven months.