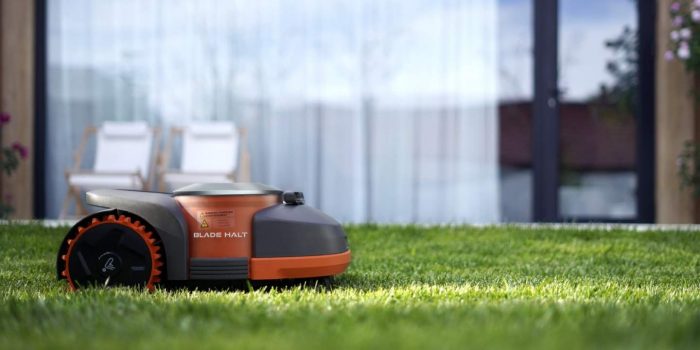 Segway-Ninebot has yet again come up with an innovation. The company has ventured on to robotics after getting huge success with its self-balancing scooters. Their lawn mower help consumers cut lawns without needing a buried boundary wire to keep the robot on the right patch of grass. The first of its kind, robot mower, the Navimow, uses GPS to stay on your lawn and keep it neatly trimmed.

“The company sees robotic lawn mowers as an industry with great growth opportunities. Our self-developed automatic robotic lawn-mowing technologies give us a chance to be the world champion in the sector,” Gao Lufeng, chairman of Segway-Ninebot, said.

The newly launched Navimow, which will be available with a series of variations following lawns of varying size, is characterised by low noise levels and simple cleaning.

According to Segway, the GPS-based solution called Extra Fusion Locating System keeps the Navimow to precise positions and systematic mowing patterns, keeping its position accurate to within two centimetres. In addition, if its GPS signal is temporarily weak, the Navimow has sensors that will keep it mowing.

Owners utilise the associated smartphone app to define the virtual perimeter for their robotic gardener, and if the perimeter is breached, the user receives a smartphone alarm.

The mower is equipped with five safety sensors that allow barriers to be identified and navigated. It also has a hub motor that handles inclines of up to 45 percent. In addition, a 10.4-Ah battery is provided that enables the mower to cover 3,000 sq m (32,300 sq ft) of lawn on a single charge.

The Navimow works at 54 dB with offset blades that let it cut as close as possible on a lawn’s edges. Its Blade Halt technology can detect things in the grass like pets, toys, or kids and stop the mower’s blades from spinning.

The robotic lawnmower can withstand rainfall, heavy splashing and high-pressure water jets. In addition, its rain sensor guides it back to its charging station if it detects rain. It is also IPX6 waterproof rated, so it can easily be rinsed off when necessary.

The company hasn’t yet disclosed the US dates of shipment; nevertheless, the full presentation of the launch is available here.