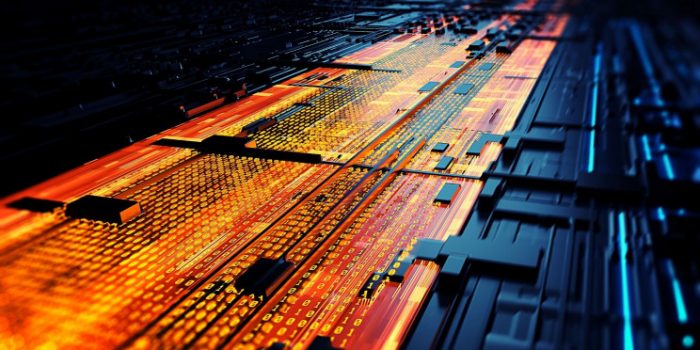 Q-CTRL, a Sydney-based start-up, has released the results of its algorithmic benchmarking experiments, which show that using an error suppression technique significantly improves the performance of quantum computers. The method resulted in a more than 2,500% improvement.

While quantum computing information and applications fuel billions of dollars of investment worldwide, many technical hurdles persist. Most quantum computers are so vulnerable that they can only run the shortest, simplest algorithms. When Q-CTRL experimented with algorithmic hardware systems, based on recent performance tests from the US Quantum Economic Development Consortium, the errors it observed were so drastic that the computers generated indistinguishable results.

When running algorithms on multiple IBM quantum computers, the start-up discovered that by modifying the building blocks of quantum algorithms (quantum logic gates), it could reduce computational errors to an unusual extent.

With no changes to the test algorithm or hardware, the gate regeneration contributed solely to the algorithm progress of over 2680 percent on real hardware. The experiments also revealed that the new logic gates were 400 times more efficient than previous techniques in preventing computational errors, making the procedure significantly easier.

“This is the most powerful error-suppression technology ever demonstrated and delivers an enormous competitive advantage to users,” said CEO and Founder of Q-CTRL Michael J. Biercuk. “These simple-to-use techniques will likely enable organizations to achieve useful quantum computing years ahead of current projections.”

“We had previously demonstrated the performance of error-resilient quantum logic gates, but putting all of the pieces together and observing an algorithm run 2,500% better was absolutely amazing.”

Some of the world’s most famous tech giants, such as Google, IBM, and Amazon, are racing to build the first large-scale universal quantum computer with error rates comparable to classical computers (approximately one million times lower than for quantum computers, at present). Earlier, Google reported in IEEE Spectrum the demonstration of a “stabilizer code” on its 55-qubit Sycamore that could reduce the number of errors by a factor of 100.

In October, China announced that it had built a quantum computer 10 million times faster than Google’s Sycamore. However, the new machine can only work in a pristine environment, performs limited tasks, and is still prone to error.

Since Q-CRTL is working to deliver an application that runs on any hardware while dealing with calculative errors, if the new method is applied to the world’s fastest quantum computers, we may see a global revolution in quantum computing software real soon.