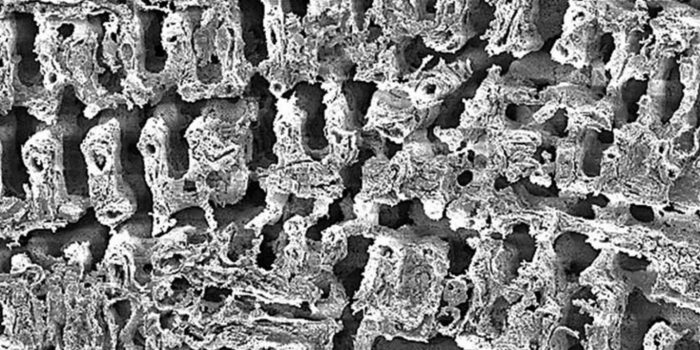 Copper is the metal that is used to kill bacteria. It gives off toxic ions that penetrate through bacterial cells. The whole process takes many hours.

Scientists have made a new copper surface that can achieve the same results in just a matter of a few minutes. It is almost 120 times faster than normal copper. This makes copper surfaces like doorknobs and worktops cleaner.

This surface was tested with the golden staph bacteria (Staphylococcus aureus). It is responsible for a wide variety of infections and is one of the five most common causes of infections picked up in hospitals.

“A standard copper surface will kill about 97 percent of golden staph within four hours,” says materials engineer Ma Qian from the Royal Melbourne Institute of Technology (RMIT) in Australia.

“Incredibly, when we placed golden staph bacteria on our specially designed copper surface, it destroyed more than 99.99 percent of the cells in just 2 minutes. Our copper structure has shown itself to be remarkably potent for such a common material.”

The main characteristic of this surface is that it is porous. It massively increases the surface area compared with smooth copper. That means more of the bacteria cells can be attacked at once when they land.

The team produced an alloy of copper to make the surface more porous. The alloy was of copper and manganese. Then, a cheap and scalable “dealloying” technique was used to remove the manganese atoms. That left behind a maze-like copper surface full of very small holes for the bacteria to get trapped inside.

When water hits the surface, it forms a thin film rather than droplets. This improves the effectiveness of the copper ions in wiping out bacteria.

“These combined effects not only cause structural degradation of bacterial cells, making them more vulnerable to the poisonous copper ions but also facilitate uptake of copper ions into the bacterial cells,” says RMIT researcher Jackson Leigh Smith.

“It’s that combination of effects that results in greatly accelerated elimination of bacteria.”

The material can be easily used in schools, hospitals, homes, and public transport vehicles.

The researchers are now investigating how effective this copper surface could be against SARS-CoV-2, the virus that causes COVID-19.

Copper can help to be safe from superbugs (like golden staph) that have developed antibiotic resistance.

“Drug-resistant infections are on the rise, and with limited new antibiotics coming onto the market, the development of materials resistant to bacteria will likely play an important role in helping address the problem,” says CSIRO research scientist Daniel Liang.

The research has been published in Biomaterials.