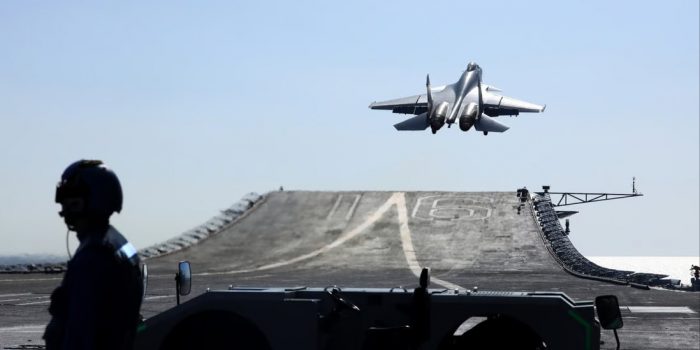 Ski-jump technology for aircraft launch is now considered obsolete. However, a group of researchers led by Wang Yunpeng, an associate professor at the Chinese Academy of Sciences’ Institute of Mechanics in Beijing, is working to repurpose ski-jump technology for use at hypersonic speeds in order to develop a more accessible, safer, and affordable method of space travel.

Yunpeng’s team carried out an experiment in which they launched a 1:80 scale model of a space shuttle from a meter-long model carrier using a piston to simulate rocket engine ignition inside the JF-12 wind tunnel under March 7 flight conditions. Furthermore, on aircraft carriers, the ski jump allows an aircraft to take off from a runway that is shorter than a standard takeoff by providing enough lift to leave the deck. The latest modified ski-jump design, according to the researchers, eliminated the distance between the two plane bodies when compared to standard separation methods.

On December 8, Yunpeng’s team published its findings in the peer-reviewed journal Acta Aeronautica et Astronautica Sinica, claiming that ski-jump technology could potentially solve the problem of robust and unpredictable turbulence generated at extremely high speeds, which has plagued researchers for decades. This erratic turbulence can cause the separating vehicles to deviate or collide. There is currently no effective way to prevent this, but Yunpeng and his colleagues claim that ski-jump technology can achieve a smooth separation of the shuttle from the carrier platform.

Some scientists believe the technology will spark a transportation revolution, with aircraft capable of taking off and landing at existing airports for a fraction of the cost of running a rocket. According to the Chinese government, it will also be capable of serving as a two-stage-to-orbit launch platform for rocket-powered space planes that will transport tens of thousands of passengers beyond Earth’s atmosphere each year.