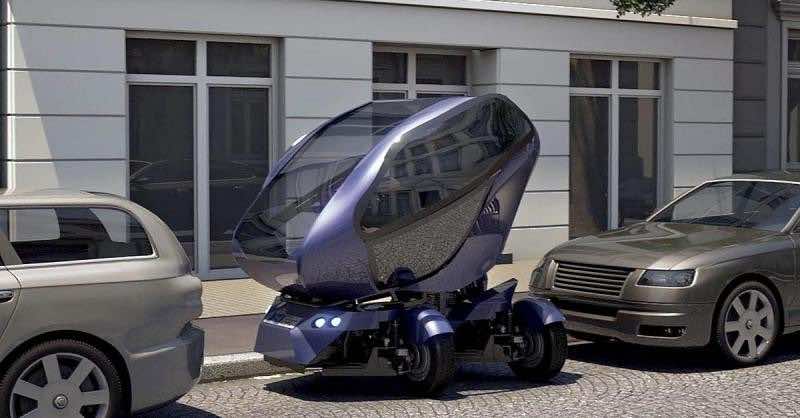 There have been several smart modular cars around recently. The Nissan Pivo 2 was a good one that allowed the driver to move sideways and enjoy a better parking practice. NASA had also introduced the modular robotic vehicle that could do this move. Both designs were very appreciated and applauded, and they have inspired further work on such utility vehicles. Some of the newer ones are so good that they will give good competition to both of these cars. The EOssc2 is a car that has potentially surpassed both of them as it offers much more. Created at the German research center for Artificial Intelligence, the car was designed to be the face of the future ultra-flexible micro car for the metropolises. The car is powered by a Lithium-Iron Phosphate battery and it is powered by 4KW wheel hub motors. Since the car is to be one for the future, it is packed with sensor systems like LIDAR for navigation, six 3-D cameras for the time of flight and potentiometer sensors. The car can park itself along with other driver assisting operations. It also gives the option of community sharing which enables sharing each other’s battery power and facing less wind resistance by driving together as a unit. The sideways driving of the car allows it to be used in tights spots like urban parking spaces and even traffic jams. Plus, the cabin of the car can be hunched up in a slanting position, thus making the vehicle 3.3 feet shorter in length. This mode is an ideal situation for parking. Another nifty feature of the EOssc2 is that it can revolve 360 degrees around while standing. The adjustable wheels also allow it to drive diagonally at an angle.

Although the car has a minuscule cabin and thus limited seating and battery capacity, it has a docking surface that can be used to attach extension hardware like cargo and passenger units and so on. The primary function of the docking interface is battery charging and platooning. It is a concept car at this stage, and there is no world from the German developers on a possible commercial venture. You can have a look at the amazing moves of the car here: