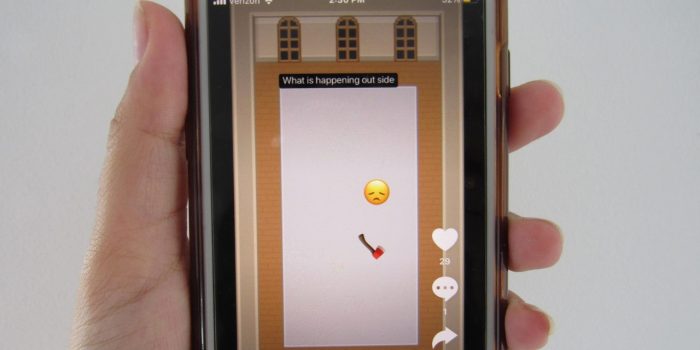 If you thought TikTok was wasting your time, say hello to Playbyte

Playbyte is a new app that is based primarily on Tiktok’s vertical scrolling interface but instead of seeing videos, you get a glimpse of a simple, user-developed, and plain weird 2D game. The app recently launched on iOS and gives users the option to like and comment just like on TikTok. By clicking on the video, it lets you test drive the actual game by launching it in fullscreen mode. According to TechCrunch, the “games feed” is algorithmically designed to start showing personalized game options according to the users’ choice once they start using it regularly.

Since it’s a fairly new application and most of the games are free for now, don’t expect high level graphics or complicated gameplays. Even if it does take off, you’ll probably be seeing only basic-level games. Some of the games available on Playbyte right now are just different variations of the cowboy emoji dodging falling blocks (how exciting). And if you think it gets better, it doesn’t. All the games are more or less the same level of weird so its up to you to pick your personal favorite weird.

Playbyte is like the combination of TikTok videos and Youtube Shorts where you keep scrolling endlessly until you find something that piques your interest, only to scroll down some more and it continues till your phone battery dies down (or if you have some self control, then after a few hours) But the only difference is, you would probably get bored more quickly on Playbyte as the games don’t offer a very interesting plot or animation and it’s just you trying to make your way through different “mazes”, much like how we scroll on the app in real life.