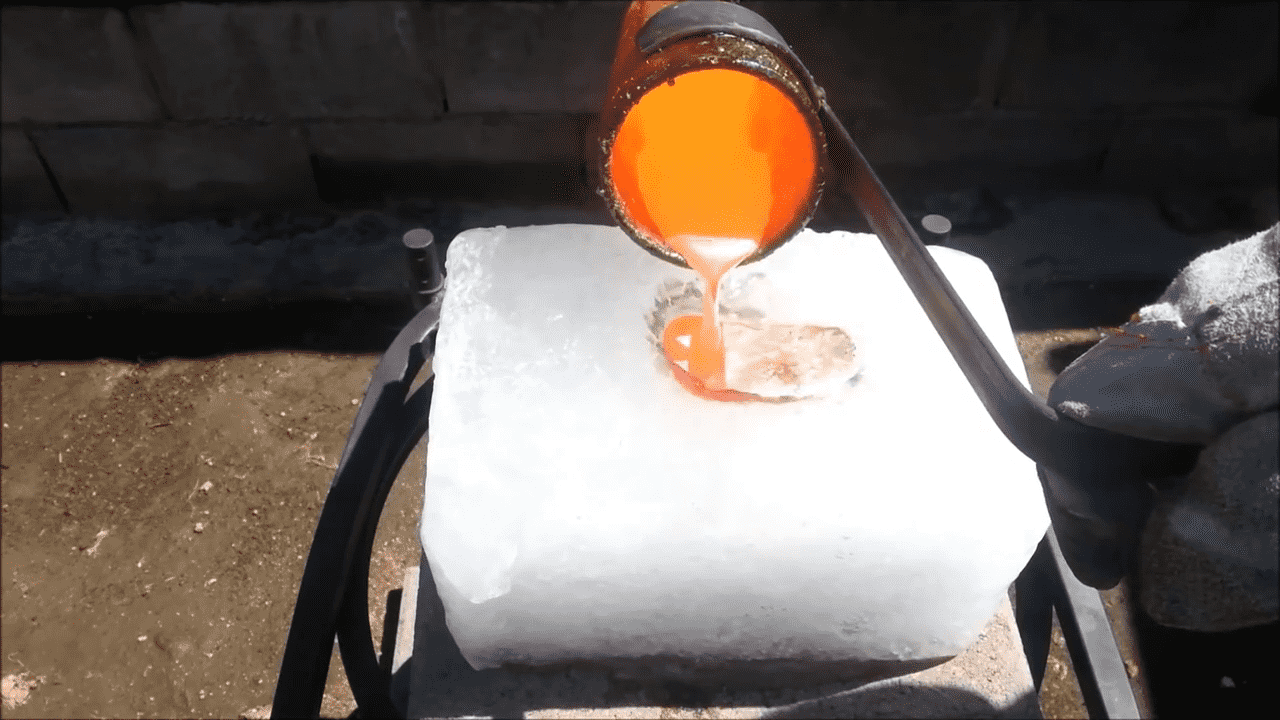 Tito4re is a YouTuber who wanted to see what would happen if he made ice meet molten copper. As is with any kind of curiosity, he just had to try it to quench his thirst for knowledge. What happened? It didn’t go as you’d have expected. He melted the copper in a furnace and then placed it on top of a huge block of ice. Check out the video below!

So, what exactly happened there? Well, put your science caps on; this was the union of two extreme temperatures. The copper melted through the ice, however, foundation of the block was not able to take the steam and pressure began building up, eventually causing an explosion.