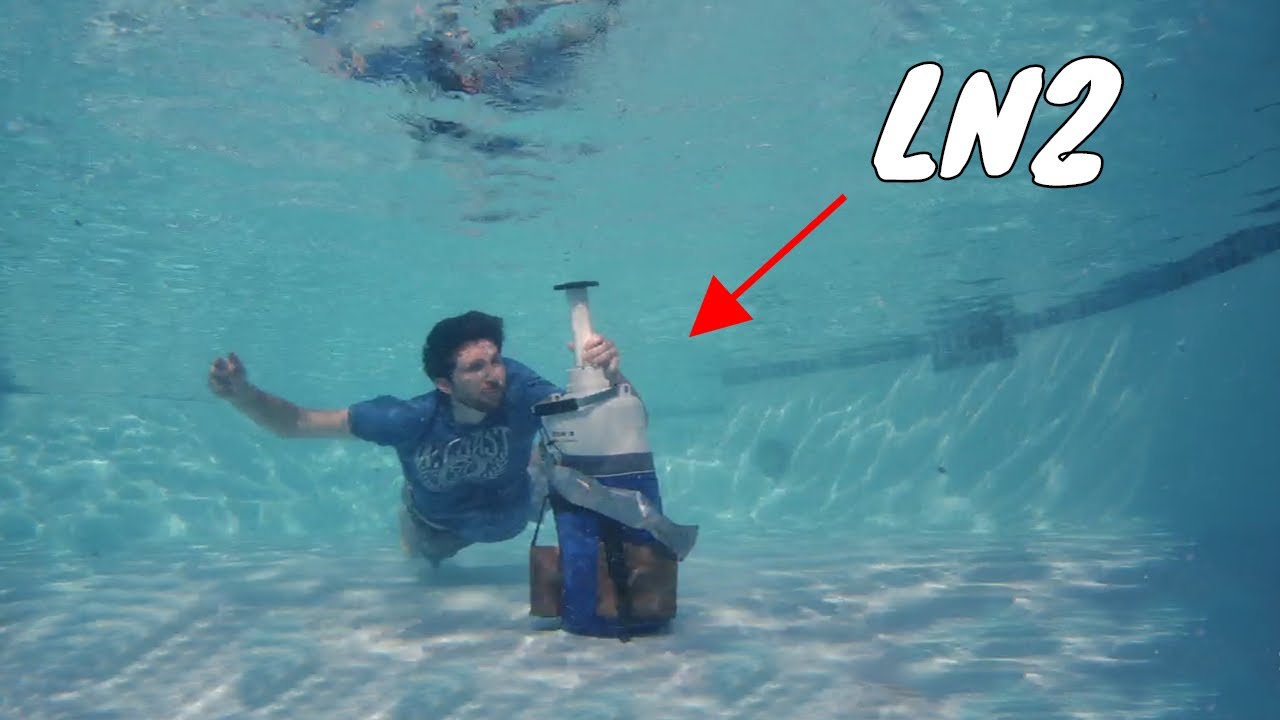 Are you among those who love to try out easy home experiments? If yes, then this article is definitely for you. As far as the things required for this project go; all that you need is a pool, an underwater camera or drone, and a bottle of liquid nitrogen.

Before we talk about the project, here’s a question for you; what do you think will happen when you drop a bottle of the freezing-cold liquid nitrogen into a pool? The creator of this particular video, The Action Lab, has already carried out a demonstration where they showed what happens when you pour liquid nitrogen over the sea. You can check it out here! The basic idea of that demonstration was to check out if it froze the water.

The demonstration revealed that the liquid nitrogen was not able to freeze any of the moving waves. However, that demonstration led the viewers to ask The Action Lab that what would happen if the bottle of nitrogen was opened underwater instead of being poured over it. As expected, The Action Lab decided to find out what would happen. For those of you who are not aware, liquid nitrogen has different applications and is utilized in a plethora of matters such as cooling computer systems to removing unwanted skin, including warts or pre-cancerous cells.

Liquid nitrogen is actually extremely cold and has a boiling point of 196 degrees Celsius. You might be thinking that opening a bottle of liquid nitrogen in the water will lead to the surrounding water turning into ice, right? We won’t be telling you the details over here. Instead, we would urge you to check out the video where the demonstration will reveal what happens when you open a liquid nitrogen bottle underwater. So, check out the video below and let us know what you think of it!