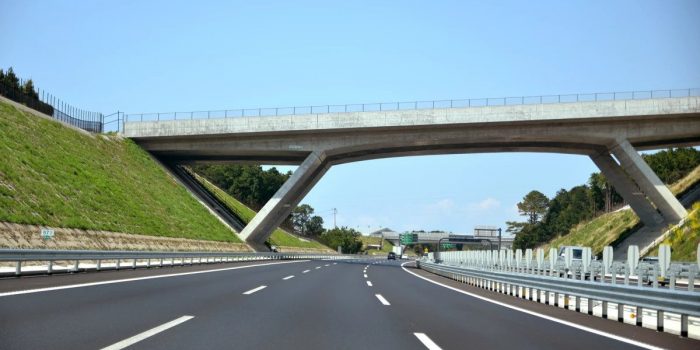 Graphene has been recently introduced as a potential super material for construction and other purposes. Among these wide sets of applications it qualifies for, there is one that makes it useful in resurfacing roads. A new road in the UK is now being resurfaced with graphene. It is one of the UK’s major thoroughfares and an extension of the A1 motorway.

The material is made up of a single sheet of carbon atoms that are arranged in a honeycomb pattern. Graphene possesses top-notch strength and flexibility, and by using it with materials like asphalt, scientists aim to develop road surfaces that last far longer and therefore cost less to maintain.

Earlier in the year 2017, a few Italian companies developed an asphalt material doped with a graphene additive to make it less likely to soften in the heat and crack in the cold under high loads. This product was called Gipave, and it incorporates plastic pellets. It was recently rolled out along stretches of UK roads as a test or trial to gauge how it can extend the lifecycle of the surface.

It is reported by the BBC that this new trial differs in that National Highways will add the graphene to the mix on-site at the spot. The road authority will scrape up the existing asphalt along a three-mile (4.8-km) section of the A1 in the north, add in the raw graphene there and then apply the fresh mixture to the surface. This technique is being claimed to be the world’s first.

A team of researchers at the University of Manchester is working on trials, where graphene was first isolated back in 2004. Since then, scientists at the university have continued to discover unique and new properties of the material to broaden its applications. This recently included putting it to use as the world’s first graphene-enhanced concrete slab. The project will be completed on November 3.