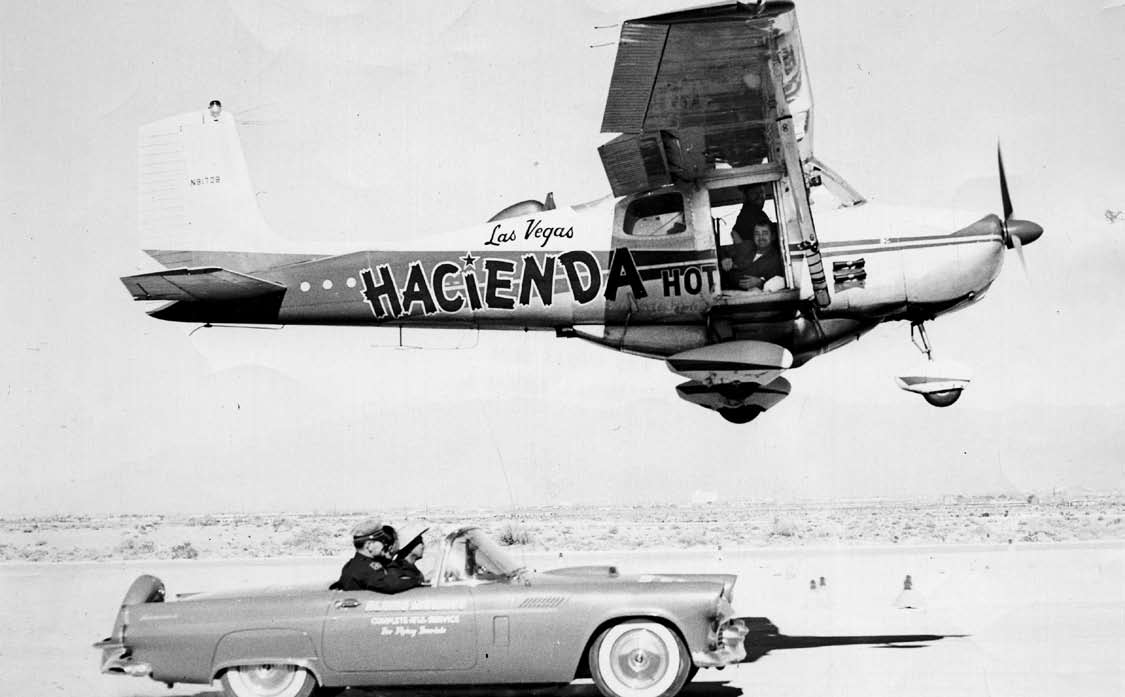 You will be surprised to know that the longest period of time where a plane remained in the sky is about 64 days, 22 hours, 19 mins, and 5 seconds. This makes it more than two months in a Cessna 172, which flies 24 hours a day without landing for fuel. In 1985, two pilots, Bob Timm and John Cook, in the California and Nevada desert flew the plane and made a world record by remaining airborne for 65 days. This was a publicity flight which was sponsored by the Hacienda Hotel in Las Vegas. A stock Cessna 172 was purchased and then modified for the flight. The Continental engine was untouched, two oil systems, filters, and a 95-gallon fuel tank were installed in the plane. The oil could be changed and the fuel was also filled again without shutting down the engine. There was nothing in the plane except the pilot seats, a mattress, and a sink. The door on the right side was collapsible which provided access to the exterior and allowed the co-pilot to use a winch and bring supplies from below. Re-feuling and re-supplying in the place were the most tricky parts. The plane was flown above a speeding truck twice each day. A hose from the truck was hoisted up to the pump which filled the tank in the plane. Food, water, and other supplies were also lifted up from the truck as well. The Cessna 172 was sold to a Canadian pilot but then was brought back to Nevada. It is now hanging from the ceiling at McCarran International Airport.