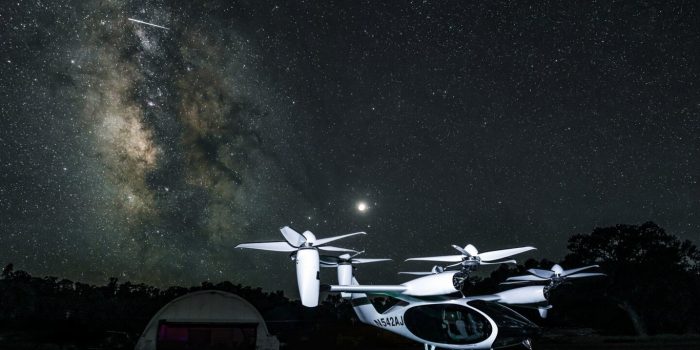 Hill Helicopters CEO Jason Hill stated that eVTOLs are no threat to the helicopter industry. This statement was made at the “Global Meetup and Discovery Event” for the company’s HX50 luxury helicopter.

“eVTOL is important. We do need to decarbonize aviation. We do need to become more electric, but you’ve got to be realistic…. It’s going to be decades before we have batteries or a means of storing enough electrical energy for genuinely battery-electric aircraft to be practical. I think the other big important point about eVTOLs is the huge swathes of money that have been thrown at it. They’ve been spending money like it’s going out of fashion, and to manage their risk, they’re trying to partner with all of the same people that we’re trying to cut out to deliver a cost-effective helicopter.”

“So, from my point of view, I think those aircraft are going to wind up being every bit, or more expensive than a conventional turbine aircraft – but far less mission-flexible, far less capable. And so yeah, I don’t think that’s an immediate threat for us. I think the helicopter has a very bright future, the GT 50 engine has been designed to run on sustainable aviation fuel biofuels, and I think that’s our route to short-term carbon neutrality.”

The eVTOL companies state that it will produce less noise pollution, cut down on fuel costs, and bring green solutions for the aviation sector. Their maintenance costs are also very low. However, it is true that there is a long time before a practical solution can be commercially used. The ample fundings for these projects have exaggerated the concept.

Activities like capital raising, development, prototyping, testing, certification, production, manufacturing, logistics, scaling up to serious volume, safety, building out useful vertiport networks, getting aviation authorities and city councils to agree on high-volume flight paths over populated areas are going to be significantly difficult in the upcoming years. There will also be backlash from residents.

The pandemic and work from home revolution have encouraged a lot of people to move further out of cities, in many cases to the kinds of distances that eVTOLs would be perfectly adequate for, and it’s not like anyone’s expecting ground-based traffic to get better in the next 5-10 years.

Hill could very well prove to be right in saying that a commercially viable eVTOL is still quite far in the future.