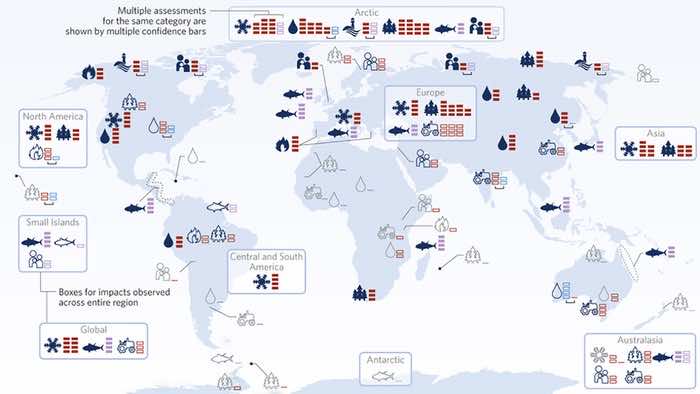 There are many people who are in utter denial about climate change and how it will affect our lives in the future. They seem to think that climate change is just a temporary spike and a total myth created by socialists and anarchists to stop factories and to return to the stone age. One might wonder what kind of research can make them agree on this point, but as stats show, in the last hundred years, the average temperature of the world has risen by 1.4 degrees and according to the Intergovernmental Panel on Climate Change (IPCC), it is largely caused by human activity as industrialization and use of fossil fuels has increased in that number of years. Although it couldn’t point out exactly what fraction was caused by human activity, they made an educated assumption on this matter. Now, a new research equipped with over forty years worth of data has been able to mathematically quantify how much of it is actually caused by human activity. So, get in your big boy pants as this is going to be a revelation like no other. Germany’s Potsdam Institute for Climate Impact Research and Lawrence Berkeley National Laboratory were the prime proprietors of this research as both countries are working hard to simulate climate change in our lives. There have been numerous regional events like melting glaciers and wildfires of Alaska, which give signs of global warming, in the last forty years since 1971. This graph exactly shows how much does each part of the world contribute to climate change. The researchers worked through each event and used a specially designed algorithm to find out whether the data was sufficiently detailed and oriented to draw conclusions from it. Also, the different models used also had to be appropriately compatible with the region on which they were being tested. Once both the criteria were met, the algorithm compared the observed changes in results with simulated models that would have occurred with or without the release of harmful emissions into the air. Each of them was then given a score to describe the confidence in our predictions. Both the results were then used in the actual conclusion. Admittedly, the link between emissions and changes in rainfall was different; it did came our strong of warming of coastal and land areas due to these emissions. Almost two-thirds of the entire impact was found out to be because of emissions and other human activity. The areas where the connection was absent means that lack of data made it so rather than a negation of the popularly held belief among the scientific community.

So, climate change is caused by human meddling with the planet. I wonder how worse it will get before people start paying real attention?