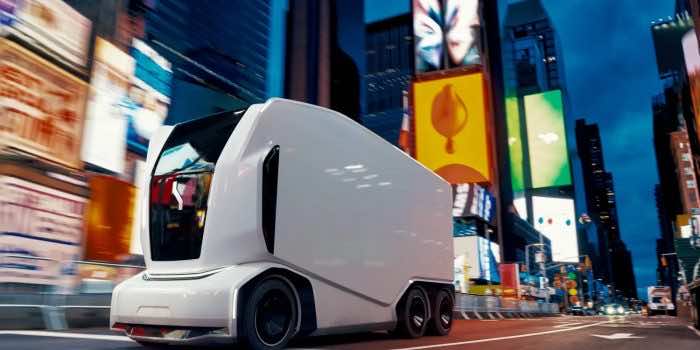 It has been reported that “Einride,” which is well known for its freight operations, has recently been granted authorization access for the deployment of “Cabless” autonomous electric T-pod trucks and is ready to start its operations on public roads in the U.S. It is worth noting that it’s not the first time they’ve carried out operations with these autonomous trucks. In 2017, the company popularized these trucks for the first time on Swedish roads, which remained in operation for quite a few years.

Before deploying them commercially, the company has put some of its vehicles on U.S. roads for testing purposes. For this, they had a choice of either employing a safety driver in the cab or using a separate mobile support team to handle all types of issues that may arise during the testing phase. According to recent news reported by Einride, the National Highway Safety Administration (NHSA) has given a permit to the company and said that its state-of-the-art built autonomous trucks are good to go on the U.S. roads for commercial purposes without having any driver in the cab. For testing purposes, there was a driver, but now Einride does not possess these means; hence, the trucks would conduct their operations entirely automated.

Since these pods are electrically powered, a human operator can easily handle them remotely. The remote monitoring process consists of the integration of onboard sensing cameras, radars, and LIDARS, which will then be handled by the human operator to ensure safety and efficiency. As the company said, “The process is critical in safely scaling autonomous vehicles by keeping humans in the loop and creating jobs to fulfill a future way of shipping.”

Coupled with this, these autonomous trucks will officially start their operations by the third quarter of this year. Its first era of operations for U.S roads would start at a “GE Appliances manufacturing facility” by collaborating with its existing performance parameters. It will not only transport goods to and from the warehouses but will also function within the mixed traffic as well due to its outstanding capabilities. GE Appliances’ VP of Supply Chain, Bill Good, stated,

“We are creating a more sustainable and efficient supply chain through increased electrification and automation in our manufacturing and distribution operations. We’ve appreciated working with Einride in demonstrating how their Pod technology can help us accelerate the achievement of that goal.”