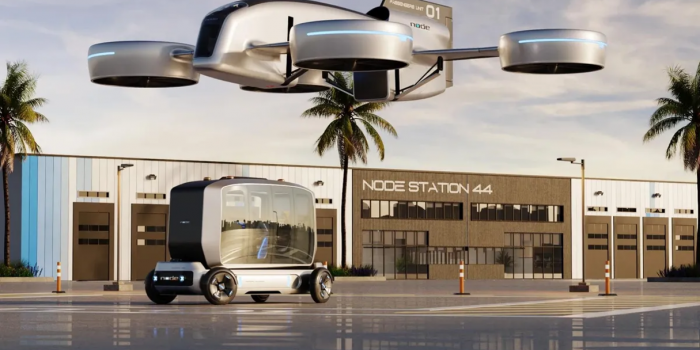 Two is better than one, and these US startups are combining the best of both worlds to build an entirely new, one-of-a-kind airplane that will revolutionize the industry.

Node Air, based in Florida, has announced a partnership with JetX to develop a new type of aircraft using the former’s modular transportation technology and JetX’s Vector Thrust Propulsion.

“The result will be something completely new, overtaking, unique, and revolutionary in this starting industry,” Node Air wrote in its press release.

According to Interesting Engineering, a modular aircraft can be easily adjusted or reconfigured based on the specific requirements of a flight.

This can include changing the seat configuration, the amount of cargo space, or even the form of the fuselage. A modular airplane is designed to be as versatile and flexible as possible while minimizing various specialized aircraft maintenance costs.

Node Air specializes in modular transportation systems that have already been used for boats and ground vehicles. By incorporating this technology into the upcoming aircraft, the company hopes to boost the flexibility and efficiency of the aviation industry.

According to Interesting Engineering, the modular design of aircraft makes it simple to adapt them to meet changing passenger or cargo needs. For example, airplane cabins may be swiftly converted into cargo containers for cargo flights and passenger seating for passenger flights without requiring the entire aircraft to be replaced.

JetX, on the other hand, is well-known for its Vector Thrust Propulsion technology. Its system is powered by both jet and rocket engines, allowing it to achieve unparalleled speed and maneuverability. Vector thrust propulsion technology, in addition to allowing for vertical takeoff, can boost an aircraft’s speed and thrust.

Node Air is also known for its autonomous transportation technology, which seeks to increase efficiency and productivity in military defense, healthcare, warehousing markets, postal service, and commercial transportation by reducing the time required to do repetitive activities.

However, there is still room for more information on the aircraft’s exact components, production date, and debut launch. For now, we know that a modular transportation system and vector thrust propulsion will propel it.

The two companies expect the new aircraft to exceed performance boundaries and adapt to modern needs by combining their technologies.

This collaboration is expected to develop a brand-new type of aircraft capable of meeting the needs of various industries, including air freight, military, and cargo transportation.