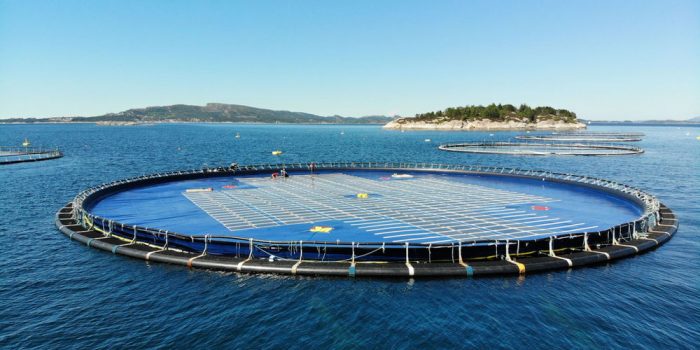 SolarisFloat, a Portuguese company, has developed an innovative floating solar solution. It contains single- or dual-axis tracking, and the floating island is powered by electric engines that consume less than 0.5 percent of the total energy produced. The installation, named PROTEVS, is the first to merge floating solar panels with sun-tracking technology.

The island, which floats in the Oostvoornse Meer, a lake in the southwest Netherlands, is covered in 180 of these moving solar panels, totaling 73 kilowatts of peak power (kWp). It’s a tiny amount in a world rapidly trying to switch to renewable energy, but SolarisFloat, the Portuguese company that built Proteus, believes this small installation could be scaled up to generate large amounts of clean electricity—and, crucially, without taking up valuable land.

From the Brazilian Amazon to Japan, floating solar panels are experiencing a boom around the world. Floating solar capacity has grown hugely in the past decade, from 70 MWp in 2015 to 1,300 MWp in 2020. Over the next decade, the market for the technology is expected to grow at a rate of 43 percent per year, reaching $24.5 billion (£21.7 billion) by 2031.

The rise of floating solar technology is among the latest trends in the revolutionary expansion of solar PV electricity in recent years. Globally, solar PV capacity has increased almost 12-fold in the past decade, from 72 GW in 2011 to 843 GW in 2021. Technology now accounts for 3.6% of global electricity generation, up from 0.03% in 2006. At the same time, solar arrays have seen an astonishing price drop, which has made them the world’s cheapest source of power.

Further expenses in solar energy are expected; in fact, capacity needs to reach six times the current amount by 2030 to stay on track with a net-zero emission world, according to the International Energy Agency. Global geopolitics is also playing a role in the rising reliance on solar power: the European Union has proposed a massive ramping up of renewable energy as it aims to reduce its reliance on Russian oil and gas in the wake of the country’s invasion of Ukraine.