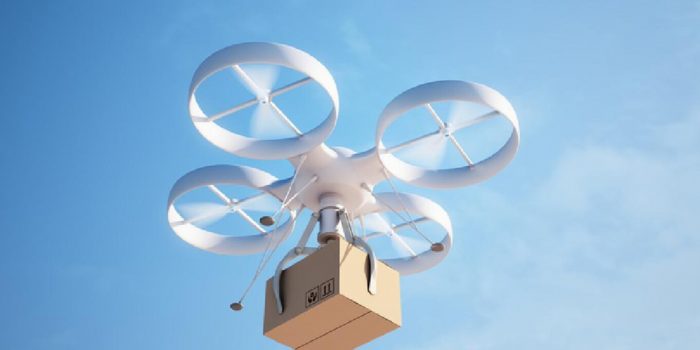 The US Army has successfully tested drones to deliver medical supplies to wounded warriors on a battlefield.

The training exercise was held in California. It was led by the US with militaries of other nations. Drones dropped simulated blood and other crucial medical supplies to soldiers as part of Project Crimson.

The drone is a vertical landing and take-off aircraft. This feature allows soldiers to preserve life in the early phase right after an injury and help to facilitate transportation to an Army hospital.

‘Project Crimson is a project to take a common unmanned air system and adapt it to support a medical mission,’ said Nathan Fisher, Medical Robotics and Autonomous Systems division chief at the U.S. Army’s Telemedicine & Advanced Technology Research Center, in a statement.

‘This drone supports medical field care when casualty evacuation isn’t an option. It can keep whole blood and other crucial items refrigerated in the autonomous portable refrigeration unit and take it to medics in the field with wounded warriors.’

The Army used a FVR-90 drone from L3Harris Technologies for Project Crimson.

In flight, the craft flies like a fixed-wing plane for 12 to 18 hours. It can work from land and sea, and it had a payload capacity of up to 22 pounds.

Johns Hopkins University researchers first demonstrated that blood could be delivered by drone in 2015. A study in the April 2022 issue of Lancet Global Health showed that the drone delivery of blood in rural and mountainous regions of Africa was quick and reliable.

Besides this, the army also tested several other distant communication and diagnostic tools for battlefield use.

One of them was a Battlefield Assisted Trauma Distributed Observation Kit (BATDOK), which is a smartphone app that can also work with sensors placed on patients to scan vitals and other information and then store it on the device. This information can then be shared through wi-fi or Bluetooth.

‘The facility can see the patient’s status in real-time using BATDOK, while the medics on the ground can update treatments and medications for the patients as well,’ explained Michael Sedillo, an integrated cockpit sensing program airman systems director with the Air Force Research Laboratory, in a statement.

‘This allows the facility to be alerted, rally, and prepare to treat the patient once they are transported,’ he added.

‘The ability to have these technologies on hand has enhanced medical field care tremendously,’ said Capt. Morgan Plowman, a nurse with the 15th Brigade Support Battalion, 1st Cavalry Division.

‘To take a tablet or phone to input personnel data has increased the communication down the line and accuracy of field care. So much so that the rate of patient care has increased to the point that caring for a casualty start to finish has sped up drastically.’