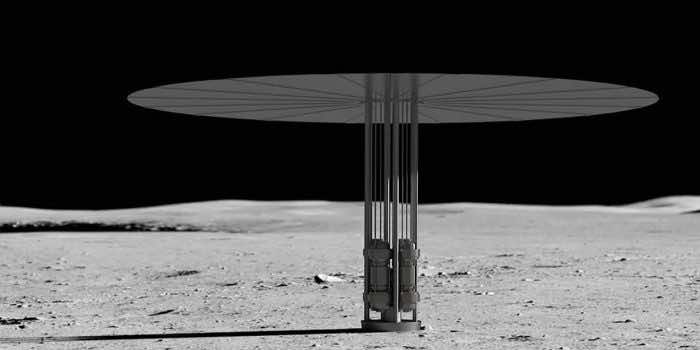 NASA has some big plans regarding the “stay” of humans on the Moon. It has been continuously making efforts to invest in the technology that will support this mission. Recently, NASA has collaborated with the U.S. Department of Energy (DOE) to carry forward with this task by introducing the concept of nuclear power that will become a continuous source of energy for the human community on the Moon. For this, NASA has finalized “three design concepts” to sustain the technology of a nuclear fission system on the Moon’s surface.

The three selected companies include Lockheed Martin, Westinghouse, and IX. For the accomplishment of this project, Lockheed Martin has collaborated with two companies, and one of them, BWXT, has even won a U.S. DOD project for the manufacturing of a “Megawatt-scale portable nuclear reactor.” Similarly, Westinghouse has coordinated with “Aerojet Rocketdyne” and IX has done a deal with “Maxar” and “Boeing” to achieve the target smoothly.

NASA has obvious plans to send humans to the south pole of the Moon through its Artemis Mission by 2025. But the point of differentiation here is that the mission would support the entire existence of humans on the Moon and not just visit it and return. The solar panel technology is incredible as far as powering the rovers is concerned, but a credible and long-lasting technological innovation was required to support the entire human settlement on the moon.

For this reason, NASA has come up with the projected plan of integrating the nuclear fission system on the Moon, which will remain operational for at least ten years. It will also be lightweight and can easily be transported to the Moon. For that part, the DOE has allotted contracts worth $5 billion with the collaboration of “Idaho National Laboratory” to the three companies for the completion of Phase 1. The initial designs are anticipated to be completed over 12 months.

The director of Idaho National Laboratory, John Wagner, said, “The Fission Surface Power project is a very achievable first step toward the United States establishing nuclear power on the Moon. I look forward to seeing what each of these teams will accomplish.” Apart from this, NASA is looking forward to the completion of this project within the expected timeframe, and it has also been reported that NASA will also conduct its “deep space exploration” mission through this state-of-the-art technology.

The associate administrator for NASA’s Space Technology Mission Directorate, Jim Reuter, said, “New technology drives our exploration of the Moon, Mars, and beyond. Developing these early designs will help us lay the groundwork for powering our long-term human presence on other worlds. “