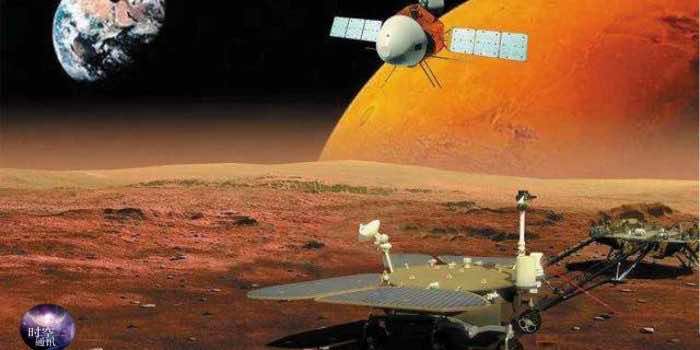 China launched its Mars mission back in July last year. The mission included the Tianwen-1 Mars lander, orbiter, and a rover. China was able to successfully land their Tianwen-1 probe on the surface of Mars just a few days ago and now the first images from their rover have been released to the public. This makes China the fourth nation to attempt a Mars landing and only the second to do so.

This is a big milestone in China’s space race. The last successful Mars landing was done by the US back in 1976 with Viking 1 and Viking 2. China’s rover, Zhurong, is now free to survey the red planet. The rover is currently in the Utopia Planitia region where the probe landed on May 14th.

The other two nations to try a Mars landing, were the Soviet Union and Britain. Although both of their probes failed to keep function after they had just landed. the Soviet Union landed its Mars 3 probe in 1971, but it ceased transmission after only 20 seconds. Whereas, Britain tried to land their Beagle 2 in 2003, only for the probe to fail to deploy its antennas properly.

The images from Tianwen-1 were captured from different cameras on the lander and the rover, showing the deployed rover ramp, the solar panel wing of Zhurong, and the surrounding terrain. A few gifs were also released that showed the separation of the lander from the orbiter from the orbiter’s perspective.

China National Space Administration said that the orbiter has now shifted into a new orbit, in order to act as a relay for communications between the lander, the rover, and Earth. Zhurong is currently being prepped to start its survey of the red barren land.

NASA Administrator Bill Nelson congratulated China on their achievement by saying that “Congratulations to the China National Space Administration on receiving the first images from the Zhurong Mars rover. s the international scientific community of robotic explorers on Mars grows, the United States and the world look forward to the discoveries Zhurong will make to advance humanity’s knowledge of the Red Planet. I look forward to future international discoveries, which will help inform and develop the capabilities needed to land human boots on Mars”.

Surveying Mars is only one of many goals China has set up for its space exploration. China plans to build its own space station as well as launch several lunar missions in the coming years.